A man can live without food and water for some days, but he could not live without music hours together. Primitive man began to use singing and dancing before he started rearing animals and farming. In every part of the world the story is same. The base of human civilization, culture and religion is music. Like the universe, our world and all things of the world, music is also created by God. Singing of the birds, dance of peacock, the melodious sounds made by the flow of water and blowing of air are natural sources of music. According to Hindu religion the creators of music are god Shiva and goddess Saraswati. Our Lord Krishna was a perfect player of the flute and a marvellous dancer. All these stories openly says one thing, that music is the first art adopted by the primitive man.

Music is not only the oldest art, but am universal art also. It is not only an complete art, but an living art too. The river of this art never flow downward. With the change of time and development of civilization man created a large number of musical instruments. Like casio or synthesizer some instruments are latest, like harmonium and guitar some were invented in 17th or 18th century. But most of these are several thousand years old. Tabla is a musical instrument, which was invented by primitive man when he was living in caves.

Tabla produce sound by beating its upper most surface by hands. There are hundreds of this type of musical instruments in the world and all of them are used widely. In our country more than fifty of this type of instruments are used, but it is the table-pair which is known as the king of this group. Our classical dances could not perform without  playing on the tabla-pair. It also plays the most important role in classical music. Dancers dance on the tune of the tabla, while all others players of the musical instruments follow the tune.

It is the reason the operators of the tabla are called tabla-master or gurus (teacher) in the world of music. It is the reason, that a tabla master gets much respect and reward in almost every musical programme.

Playing on tabla pair is not as easy as it seems. Sound health and regular practice of hours together are must for becoming a perfect tabla-master. Tabla is a set of two independent  instruments and both are tuned before playing. These both pieces are known as male and female and one operated by the right hand and other by the left hand. Proper playing needs good knowledge of the tuning of the both parts and proper movement of fingers. These are the reasons that in the beginning you may feel it a bit difficult. But infact this difficulty is not a problem, this book is quite capable to provide you complete guidance in a very simple and interesting way.

Most of the tabla players used to become professional tabla-master in a few years. It is the most wonderful aspect of this art, that playing on tabla is a best profession having minimum competition with maximum bright future. If you want to make music your career than this book will be prove a complete guide and best teacher. The simple language and relative photographs and diagrams are the main features of this book. You may become the perfect player of tabla and a master musician with the help of this book, it is our promise. 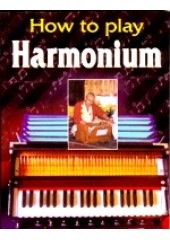 Table Of Contents For 'How To Play Harmonium' By Krishan Kumar Aggarwal & Shamboo Sharma &nbs.. 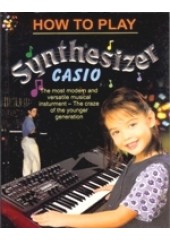 How To Play Synthesizer - Book By Krishna Kumar Aggarwal

Table Of Contents For 'How To Play Synthesizer' By Krishna Kumar Aggarwal   &.. 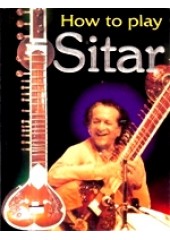 Table Of Contents For 'How To Play Sitar' By Krishna Kumar Aggarwal and smt Rama Babry   .. 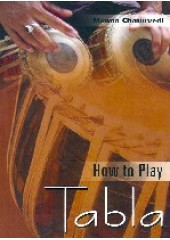 How To Play Tabla - Book By Mamta Chaturvedi

Table Of Contents For 'How To Play Tabla' By Mamta Chaturvedi   &nbsp.. 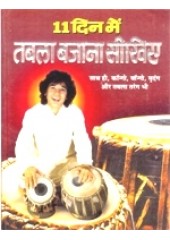 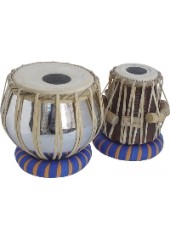 This tabla is for the serious ones  who demand greater sound quality and plan to go a long w.. 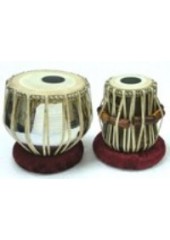 This tabla is for the professionals and the serious ones . The tabla stands out for its great ton.. 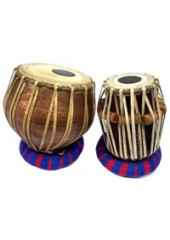 This is also for the professionals . In this case the bayan (larger metal drum) is made out of co..