Table For Contents For 'Philosophical Perspectives of Sikhism' Book By Dr. Avtar Singh

Philosophical Perspective of Sikhism is a collection of research papers, presented by late Dr. Avtar Singh at seminars held in India and abroad. In the research papers, collected in this volume, the author has brought to bear on the selected themes the perceptiveness of his deep understanding of the Sikh doctrine.

The present book is dedicated to the tricentenary celebrations of the birth of the Khalsa.

Introduction to the Book 'Philosophical Perspectives of Sikhism' Book By Dr. Avtar Singh

While editing Philosophical Perspectives on Sikhism by Dr. Avtar Singh, it was clear to me that this book is actually a tribute to the teacher from a student. I tried to collect the research articles of late Dr. Avtar Singh ji (31 January, 1931 to 16 March, 1991) with the help of Sardarni Avtar Singh, Bibi Rajpal Kaur. Dr. Avtar Singh was my guide for Ph.D. and I still remember how he inspired and motivated me to register my name for Ph.D. Those were the very hard and critical days of my life and I was going through a sort of mental trauma with my little daughter to be brought up all alone. It was Dr. Avtar Singh who asked me to apply for the registration in Ph.D. I requested him that mentally I was not in a position to do any studies. He told me that he knew it well that is why he was asking me to involve myself in further studies and as a teacher he knew it well how to motivate a student to work. It was not difficult for him to judge his student's capacity. Late.S. Daljeet Singh ( I.A.S. Retd.)  was a close friend of Dr. Avtar Singh. They were used to hold long meetings to discuss the Sikh philosophy and the issues related with Sikh academics. It was Dr. Avtar Singh who introduced his Ph.D. students to S. Daljeet Singh. Whenever S. Daljeet Singh visited Dr. Avtar Singh he would always invite us to participate in the discussion. Both were trying to solve the basic problems related to Sikh studies. When S. Daljeet Singh came to know about my Ph.D topic he was a bit hesitant because of the seriousness of the topic. He knew it well that till that time even in Indian Philosophy one could find only Dr. Satchidanand Murty's thesis "Revelation and Reason in Advaita Vedanta". But when I completed my thesis and got Ph.D degree S. Daljeet Singh was also very happy and recommended my name for the conferences to be held in U.K., U.S.A. and Canada on Sikh studies, in 1990. For all this recognition I owe a lot to Dr. Avtar Singh's able guidance and encouragement. It was also due to Dr. Avtar Singh's orders that I took the responsibility of the publication of Sri Guru Granth Sahib's English Translation ( Vol. III & IV ) by late Prof. G.S. Talib. First I was reluctant, he asked me to take it as a service to the scholars interested in Sikh studies.

Dr. Avtar Singh got retired from the university as a Professor in Philosophy on 31 January, 1991. At that matured and enlightened stage, he had long plannings in his mind. God never willed so and what happened is history. I still remember how on the Bhog of my little daughter he spoke on the medical ethics. He himself died because of the lack of that medical ethics. I gave this shocking news to S. Daljeet Singh. He was very much impressed by Dr. Avtar Singh's sharp intellect and deep understanding of Sikh Philosophy. S. Daljeet Singh knew that Dr. Avtar Singh had attended so many seminars in India and abroad and had written many papers. He asked me that as a student of Dr. Avtar Singh it was my duty to collect these papers from Mrs. Avtar Singh and published them in the form of a book. Then I felt guilty and one day I went to Sardarni Rajpal Kaur with my request and the last wish of S. Daljeet Singh. She asked for some more time to regain her lost spirit and sort out the articles. After some time she co-operated with me and handed over the articles with tears in her eyes. This is how I am the editor of this book.

When we look into the Sikh Philosophy as an academic discipline Dr. Sher Singh seems to be the pioneer but according to my mind it was Dr. Avtar Singh who emerged as the pioneer of Sikh philosophy in the academic circles. There are reasons for this. Dr. Avtar Singh wrote his thesis for Ph.D. degree from the Panjab University on The Ethics of the Sikhs under the guidance of Dr. (Miss) Ruth Reyna, the visiting American Professor. That was first systematic and scientific work on the Sikh Ethics. He has been teaching philosophy in various Govt. Colleges in Punjab for some years and then he was appointed Reader in Guru Gobind Singh Department of religious Studies at Panjab University, Patiala in 1969, where he did research in Sikh philosophy. Then he was selected in the Department of Philosophy where he was appointed Professor. It was there that he worked hard to establish Sikh Philosophy as an academic discipline. It was for the first time that the Sikh Philosophy was introduced as an independent teaching subject in any university of india. Punjabi University Patiala if the first university in India to introduce the papers in Sikh Philosophy and Sikh Ethics for the Master's degree under the able guidance of Dr. Avtar Singh. In 1978 he visited East Germany and then again he attended a conference related with religion in Moscow. That was the start which never ended till his death. He visited so many universities all over the world to represent Sikh philosophy and propagate Sikh Religion also. He remained important member of Council for the world's Religions (CWR). He was very anxious to introduce the Sikh clergy to the Inter-Faith societies. He was the one to introduce Prof. Darshan Singh Ragi, then Jathedar of Akal Takhat Sahib to Council for the world's Religious (CWR) and after that Prof. Manjeet Singh, Jathedar of Takhat Sri Kesgarh Sahib also joined them. He wanted to popularise Sikh philosophy and Sikh Theology far and wide. Because of his power of argumentation and clarity of mind he held important positions in the seminars. Along with Dean of faculty he held the post of Dean Academic. Affairs of the Punjabi University Patiala twice. He was the member of the Babri Masjid Committee formed by the Government of India along with other important religious leaders. 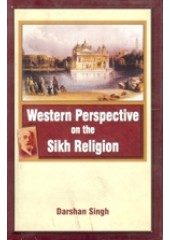 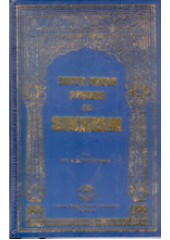 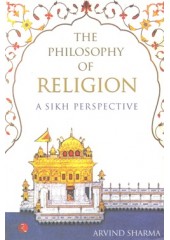 The Philosophy Of Religion - A Sikh Perspective - Book By Arvind Sharma

From The Front Cover Of ''The Philosophy of Religion : A Sikh Perspective' By Arvind Sharma W.. 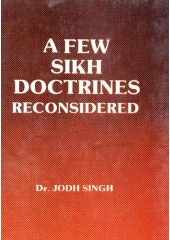