Besides acquainting the reader with the biographical details of Guru Nanak Dev, the book contains Guru Nanak Dev's Bani along with its exposition and explanatory notes in English. After making an in-depth study of Guru Nanak's teachings against the background of socio-religious conditions of the day, the authors have projected rationally Guru Nanak's life at Talwandi (now called Nankana Sahib), education, marriage, service at Sultanpur, the Divine Revelation, Travels (Udasis) and the last days at Kartarpur.

The second section of the book deals with me Ecstasy of the Vision Divine which offers introduction to, and explanation of, the complete texts of Japji Sahib, Asa Di Var, Sidh Goshat, Bara Maha, Pahrei, Thitti, Dakhni Oankar, Pattis, Var Majh, Malhar Ki Var and Babar Vani. The English-Knowing reader will find it convenient to read the original text of the bani) transliterated in English.

Contemplated a decade back, the present series of volumes on the Sikh Gurus had their genesis in the need, poignantly felt by us, to reaffirm our commitment to the ideals enshrined in Gurbani and the composite culture of Panjab and also to reach out to the younger generation settled away from the land of their inheritance. As such, the present book on the life and poetical compositions of Guru Nanak, the Founder of Sikhism, is not a dissertation tailored to a specific topic or frame of references; nor is it a routine biography detailing facts or events in a soulless manner.

The composite culture of the Panjab which ensures tolerance, freedom of faith and dignity of individuals practising different modes of living finds its expression in the Sikh way of life, as espoused by the Gurus both in their lives and teachings. Prof. Puran Singh pays a tribute to this legacy when he writes that the gospel of the Gurus has sustained the community life in the Panjab : "Panjab sara jeeonda guru de nam te."  What is true of Panjab or Panjabiat is relevant to world community and humanity at large. Hence the need for appreciating and imbibing the spirit of the Sikh Movement.

Though not the first book in English on Guru Nanak Dev and his poetry, the present work is a study with a difference. A labour of love, undertaken over the years, the present full-length study reconciles the biographical sketch of the Pioneer of the Sikh faith with his soulful and profound compositions, as recorded in the Guru Granth Sahib. Care has been taken to give the transliteration of the original Bani which follows the analytical explanation of the text in English. The pattern affords the reader, unacquainted with the Gurmukhi letters, a direct access to the Bani in its original form. Translation, it is feared, loses much of the freshness of the spirit, its efficient and approximate rendering notwithstanding.

We make no claim to learning or scholarship; nor do we pretend to have discovered anything absolutely original, hitherto unknown, from the labyrinths of records and manuals. An earnest attempt has, it may be submitted, been made to present rationally and historically the life and Bani of the Great Guru for the benefit of the modern reader exposed to cross-currents of cultures and thoughts. The authors have drawn upon various sources to project the mission and personality of Guru Nanak Dev.

Guru Nanak Dev : His Life and Bani is a part of a bigger project that modestly seeks to transmit the universal mesage of the Gurus and their Banis to the readers in the language and idiom they understand.

About the Authors 'Dr. Harbans Lal Agnihotri' and 'Chand R. Agnihotri' of the Book 'Guru Nanak Dev - His Life and Bani' 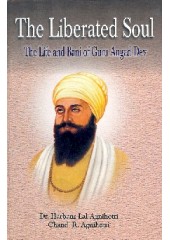 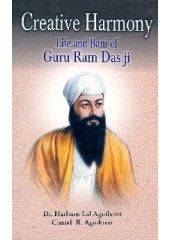 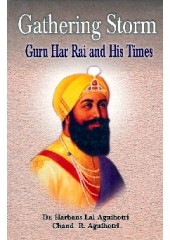 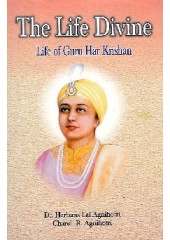 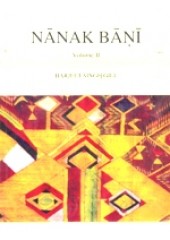 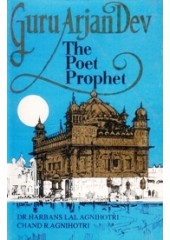 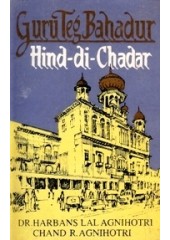 From the Frontcover of the Book 'Guru Teg Bahadur - Hind-di-Chadar' By Dr. Harbans Lal Agnihotri, Ch.. 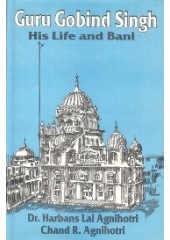