Table of Contents For 'Orphans Of The Storm' - Book By Saros Cowasjee , Kartar Singh Duggal

Introduction to the Book of 'Orphans of the Storm Stories on the Partiton of India' By Saros Cowasjee, K.S. Duggal

In the Concluding pages of Khushwant Singh's Train to Pakistan (1956), one of the characters recalls Jawaharlal Nehru's famous words to the Constituent Assembly on the night of August 14, 1947: "Long ago we made a tryst with destiny and now the time comes when we shall redeem our pledge, not wholly or in full measure but very substantially". No doubt revealing Khushwant Singh's own bitter disillusionment, the same character pronounces: "Yes, Mr Prime Minister , you made your tryst. So did many others - on the 15th of August, Independence Day".

Nehru made his tryst with destiny and became India's first Prime Minister. But what of the "others"? This anthology tells something of their tryst - the tryst of the common people caught between the greed of politicians for power and the unseemly haste with which the Labour Government  in Britain decided to transfer power. It is on record that Lord Louis Mountbatten, then Viceroy and Governor General of India, got his Reforms Commissioner, Mr V. P. Menon, to draw up plan for the division of India in just four hours. With this plan he himself flew to London and got Mr Attlee and his Cabinet to accept it in exactly five minutes. "It is all very well", says the historian Leonard Mosley, "to draw up a plan to divide India in four hours and accept it in five minutes. How, in a land consisting of 250,000,000 Hindus, 90,000,000 Muslims, 10,000,000 Christans and - paricularly and - 5,000,000 Sikhs, do you implement it?"

The implementation of the plan with neither foresight nor preparedness led to a holocaust. Overnight , two new states came into existence: a truncated India, and a largely Muslim Pakistan comprising Sind, Baluchistan, North West Frontier Province and parts of the states of Punjab in the West and Bengal in the East. Mahatma Gandhi, Mountbatten's "one man boundary force". kept the peace in Bengal, but indescribable violence broke out in the Punjab. Even by a conservative estimate, ten million people took to the road; a million did not make their destination. Trains packed with Muslim refugees; all of them murdered during the journey, arrived in West Pakistan with messages scribbled on the sides of the carriages reading, "A Gift from Pakistan ". Foot convoys, some of them 800,000 strong and seventy miles long, moved between the two dominions. Thousands were slaughtered on the way; an equal number fell victim to cholera and other diseases. One Captain Atkins of the British army recalls a road on which a convoy had passed: "Every yard of the way there was a body, some butchered, some dead of cholera. The vultures had become so bloated by their feasts they could fly no longer, and the wild dogs so demanding in their taste they ate only the livers of the corpses littering the road.

The horror accompanying the transfer of population has been a major theme with fiction writers. Some looked on a realistic portrayal of communal violence as the most representative aspect of the Partition experience. Others, chiefly the Progressive writers, who had been a dominant force on the Indian scene since the Thirties, were thrown off balance by the carnage. Having put their faith in human rationality, many of them had no words to express their disillusionment. Faiz Ahmed Faiz summed up their disillusionment and his own in Subh-i-Azadi:

It is not the dawn we'd longed for.

It is not the morning in search of which

Unable  to explain the violence, many of the Progressives concentrated solely on painting elaborate scenes of violence in the hope of conveying something of their sense of disgust. In doing so, they consciously avoided taking sides and put the blame equally on both warring factions. The most glaring example of a neutral account is Krishan Chander's "Peshawar Express" - where, in his zeal for impartiality, the author balances the Hindus and Muslims butchered with something of an arithmetical precision. But there is a twist in the story which makes it memorable: it is narrated in the person of the railway engine, the non-human machine which alone, while men kill one another, is capable of human feelings.

From the backcover of the Book 'Orphans of the Storm Stories on the Partition of India' By Saros Cowasjee and K. S. Duggal

Here is a comprehensive anthology of stories by a diverse group of authors from north India, West Bengal, Bangladesh and Pakistan on the most traumatic period in the history of the subcontinent. The stories, many of them written originally in the vernacular and specially translated into English for this volume, explore every facet of Partition : from acts of unprecedented brutality and savagery to moments of tender compassion and humanity. Some of the writers whose works are included here are: Kartar Singh Duggal, Bapsi Sidhwa, Sadaat Hasan Manto, Mulk Raj Anand , Khushwant Singh, Khwaja Ahmad Abbas, Kamleshwar, Mohan Rakesh , Rajinder Singh Bedi , Krishan Chander and Samaresh Basu.

Included also in this anthology ia a  wde selection of stories by Pakistani writers such as Aziz Ahmad, Qudrat Ullah Shahab and Intizar Husain. What was their experience and how does it correspond to the Indian experience? Are Hindus and Muslims one people ? If so, what happened ? To what extent must we hold our politicians responsible for the holocaust and to what degree must we shoulder the responsibility ourselves? These, and other such questions, are still searching for an answer.

Represented in this collection are a variety of styles and themes that reflect a multiplicity of experience and voices. A strong, unique, appealing and valuable book. 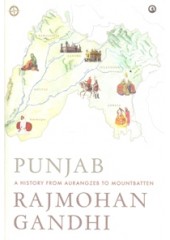 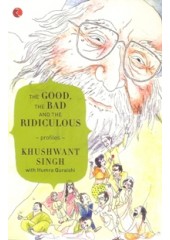 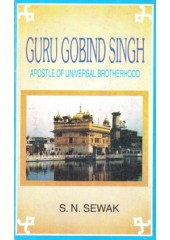