Introduction To Book "The Sikhs" By Khushwant Singh

The Sikhs are culturally one of the richest communities of India. The Sikh faith emerged and spread in north India to combate the stifling practices of the Hindu caste system and went on to become an all-encompassing way of life. Tracing the history of this race from the inception of its religious by Guru Nanak, this book explains the turbulent history of the Sikhs, their faith in one God, their ten Gurus and the casteless fraternity of the Khalsa Panth. It chronicles their customs, beliefs, rituals, modes of worship, weddings, baptisms, dances and martial traditions-the factors that make them an assertive and extrovert people with a zest for living. The Sikhs are now prominent  in all spheres of modern life. It is said that every Sikh looks upon himself as sava lakh (equal to 125, 000 people).

The succinct, yet comprehensive and objective text by one of India's most celebrated authors is enhanced by rare, brilliant and varied photographs taken by one of the country's best photographers who has explored their private and public lives carefully and lovingly.

Preface To Book "The Sikhs" By Khushwant Singh

As a Sikh how many of them there are in the world and he may well reply one and a half billion. This is a vast but understandable exaggeration as every Sikh looks upon himself  as sava lakh (equal to 125, 000 people) or a fauj (army). Actually, there are no more than 19 million Sikhs,most of them concentrated in the Punjab, which is on the north-western frontier of India bordering on Pakistan.

Sikhs appear to be many more than they really are because of their distinct appearance: all adult males wear turbans and sport beards. As a matter of fact, they from less than 2  per cent of India's one billion people. They can be seen all over India: driving taxis and trucks from northernmost Kashmir to southernmost Kanyakumari and from the western seaport  of Bombay to the easternmost jungles of Manipur; they farm lands in the remote malarial swamps of Nepal Terai and the once desert wastes of Ganganagar district of Rajasthan. There are Sikh shopkeepers, tradesmen, industrialists, academicians, lawyers, doctors, civil servants, and just about everything else, scattered all over the country. However, their largest concentration is not in their homeland Punjab, but in the capital, Delhi.

The Sikh's favourite profession is farming; over 80 percent of the community live off the soil. And next to farming, soldiering; at one time almost a quarter of the British Indian Army were Sikhs; even today one out of every ten Indians in uniform is a Sikh.

The Sikhs have a lot in common with the Jews: indeed most Sikh patriarchs look like Jewish rabbis. Both the Jews and the Sikhs have known persecution; the Jews for nearly 2, 000 years at the hands of the Christians and Muslims; the Sikhs for about 200 years at the hands of the Muslim conquerors and rulers of northern India. It never got them down. Like the Jews, the Sikhs regard themselves as the chosen people. A well-known Sikh historian wrote; Where there is one Sikh there is one Sikh; where there are two Sikhs, there is an assembly of saints; where there are five Sikhs, there is God.'

Not many people share the Sikh's self-esteem. On the contrary they regard them as slowwitted and aggressive, rustic types, good only to be used as cannon-fodder. 'The only culture the Sikhs know is agriculture,' they say. There is some truth in these back-handed compliments. The Sikhs do happen to be India's best farmers. They, more than any other people, have brought the Green Revolution to India by trebling the wheat yield of the acre and are definitely the most prosperous peasantry of India. In a country teeming with beggars, it is rare to see a Sikh stretch out his hands for alms. Their aggressiveness is born out of an innate sense of one-upmanship-anything anyone else can do, the Sikh can do better. Three of the nine Indians who scaled Mount Everest were Sikhs; more than a third of all India's athletic teams are usually Sikhs. A clue to what makes the Sikh ethos can be found in their religion and history.

About the Author To Book "The Sikhs"

Khushwant Singh is the author of two definitive volumes on Sikh religion and history, published by Princeton and Oxford University Presses. His four novels Train to Pakistan; I Shall Not Hear the Nightingale; Delhi, A Novel and The Company of Women, short stories and translations are all set in Punjab. A regular contributors to The Illustrated Weekly of India and later the leading national daily, The Hindustan Times. He won the Grove Press Award for the best work of fiction form India and the Mondello Award for the Italian version of Delhi, A Novel. He was awarded the Padma Bhushan by the Guru Nanak Dev University, Amritsar. He has also been a member of the Upper House of the Indian Parliament, the Rajya Sabha. 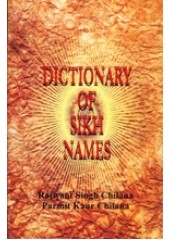 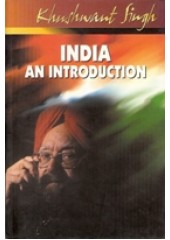 Summary of 'India An Introduction' By Khushwant Singh  It is most gratifying for me, at nine..