Experience the majesty and serenity of the Sikh' most holy shrines in this unique and beautifully illustrated volume.

Drawing on almost 500 of the finest and rarest images from collections around the world, this unique volume explores the temple's golden era of peace, prosperity and patronage.

Visited by millions of pilgrims and tourists very year, the Golden Temple of Amritsar is one of the most recognisable buildings in the world.

Capturing the richness and unique nature of the Sikh cultural inheritance, this book offers an unrivalled experience of the Golden Temple's sublime splendour over 150 years.

The book opens with an introductory essays followed by a selection of what we considered were the most important eyewitness accounts (from over seventy researched) covering each decade from the 1800s through to the 1950s. Brief profiles of each eyewitness have been provided to give insights into their backgrounds and the motives leading to their visit to the Golden Temple (the popular name of the Harimandir Sahib) of Amritsar. As well as proving illuminating, they occasionally present historical inaccuracies and unfamiliar observations. We have deliberately chosen not to correct the multifarious spellings and occasionally odd (by modern standards) use of punctuation, so as to retain the distinct flavour of the chronicles and the era they speak of.

The images then follow; these have been presented in chronological order without captions; the latter appear in the images index, which comprises thumbnails of each image augmented with excerpts from a wide range of eyewitness accounts. Alongside the images we have introduced a system of navigation that allows the reader to identify (in conjunction with the maps-see below) the spot from where a particular image was viewed from the perspective of the artist/photographer, and the direction of their line of vision.

Further reference material in the form of a glossary of term, biographical notes on artists and photographers, a bibliography and detailed timeline have been provided to give context to the subject matter.

Finally, to assist with the navigation mentioned above, three maps (with legends) have been provided at the end of the book showing (i) the Harimandir Sahib and associated bungas when they stood at their zenith, (ii) the walled city of Amritsar (including a chart showing its development over the centuries), and (iii) the route from Amritsar to Lahore. 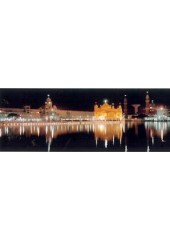 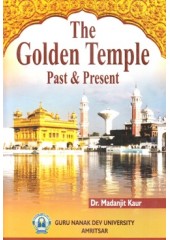 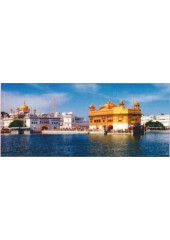 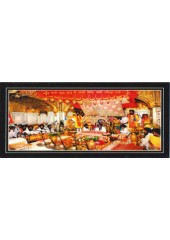 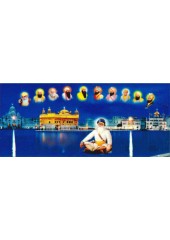 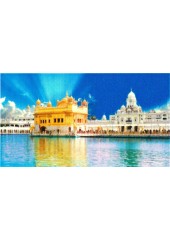 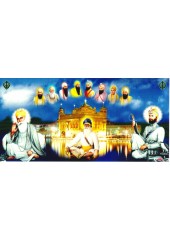