Probably with the sole exception of the Authorized Ver­sion of the Holy Bible, the scriptural texts of most major religions of the world are couched in archaic languages and vaguely familiar idiom. As such these do not readily lend themselves to easy comprehension by the average modem reader. Hence, very often people have to rely upon the professional interpreters to reveal to them the 'veiled' meaning of these texts. This being so, the average uninitiated reader does not have easy access even to the true essence of his own creed-nothing to say of knowing well enough even the basic tenets of other faiths.

On the other hand, for inter-faith understanding and dialogue, it is felt imperative that a faithful presentation of these texts be made available in a currently familiar language and idiom. That would enable people not only to get to know a little better the vitals of the faith they happen to have been born in, but also have a better appreciation of other faiths. Such a situation would facilitate more effective inter-faith dialogue. This has been one of the primary reasons prompting this exercise.

Also, as was indicated in the Foreword to its sister vol­ume-Guru Nanak's Japuji this rendition, apart from cater­ing to the needs of more discerning .of English readership, aims at meeting 'the needs of the second generation of emi­grant Sikhs, who having stayed away from their native milieu a bit too long, have by now but only a nodding acquaintance with their ancestral language and tradition; and are perforce obliged to think and converse in English.' Besides, during my numerous visits abroad, I have come across very many elderly Sikh parents not only in the West, but also in countries like  Philippines, Thailand etc. who for sentimental and other reasons desparately seek to provide to their younger genera­tions faithful presentations of their scriptural texts in English. To provide for them too has been an added reason prompting this venture.

Poetry, critics say, is untranslatable. This is all the more so, when treatises of profound philosophical and mystic import of a certain language and milieu are sought to be rendered into another altogether alien language. In the earlier part of Asa Di Var, the task is, as in the case of the entire text of Japu ji, rendered quite challenging because of the terseness of the language. Scrupulous care has however been taken to ensure that the tenor of the original may be preserved as far as possible.

Now, Guru Nanak's primary object was to drive his message home to the common folk, who had for centuries been nursed and saturated in the traditional Indian idiom and symbols. He has therefore had to invariably draw heavily upon its past folk and legendary heritage. This precludes examination of his composition and individual verses too literally or in isolation. The attempt has hence been there to interpret Asa Di Var in close confirmity with the broader framework of his philosophy. A conscious effort has also been there to bring out the true spirit of his utterances and yet adhere as close to the principal text as possible. Particular care has also been taken to ensure that the true purport of involved expressions and subtle nuances of the verses be made as explicit as possibe in the process of the translation itself. Little has in this regard been left vague and amenable to vague and ambiguous interpretations. As such, some dilations have been felt to be unavoidable.

Though there is not the remotest presumption that this has been anything in the nature of a verse-to-verse rendering, yet in order to ensure a minimum of flow and readability some  rhythm has been sought to be built in the lines and also a bit of rhyming, wherever it has been found possible. Ensuring a minimum of natural ease too has been attempted.

In the initial stages of this work, I received valuable assistance from my dear departed friend and colleague Dr. Piar Singh-Professor (retired) in the Department of Guru Nanak Studies at Guru Nanak Dev University, Amritsar. Apart from his profound scholarship, he was endowed with a rare critical acumen, an uncommon clarity of vision and an abiding love for Gurbani. I hope and pray that future years may throw up more and more scholars in his tradition and with his commitment.

My profound thanks are also due to my colleague Mr. J.S. Walia, Director, Press & Publications at the University. I fear, I taxed his patience a bit too far. Yet he was ever so pleasant and cooperative. I must place on record my un­qualified appreciation of his professional competence and involvement.

About The Author Of 'Guru Nanak's Asa di Vaar' 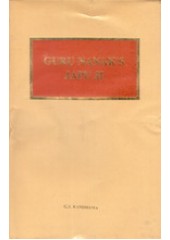 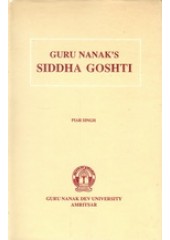 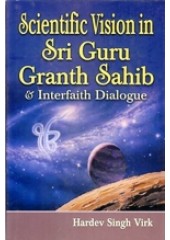 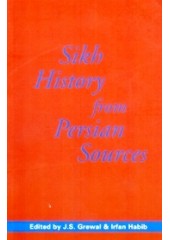