Introduction to the Book 'The Sikh Religion - Its Gurus, Sacred Writings and Authors (Set of 6 Volumes)' By Max Arthur Macauliffe

It is a manumental work on the Sikh Religion, firstever published in 1909 and well acclaimed by the Sikh as well as European scholars.

The purpose of the author was to introduce the lofty ideals of the Gurus to the western world in their true spirit. Hence he translated the Sikh Scripture into English with the help of the renowned Sikh scholars of the times including Bhai Kahn Singh Nabha. It is regarded as an accurate version of the Sikh Scripture. The author translated the hymns in a simple and direct style as he believed it reflected more accurately the style of the hymns themselves.

Considered to be the most comprehensive work on the early Sikh tradition, it also gives a reliable account of the lives of the Gurus. It is quite remarkable that the bulk of author's evidence consists of original sources. Apart from the Sikh sources, he also used the well-known Persian works.

The result of the labour of love for 16 years, the work is undoubtedly a pioneer work in the Sikh studies and is still considered a dependable reference book to study the unexplored aspects of Sikhism.

Preface Of The Book 'The Sikh Religion - Its Gurus, Sacred Writings and Authors (Set of 6 Volumes)' By Max Arthur Macauliffe

I BRING from the East what is practically an unknown religion. The Sikhs are distinguished throughout the world as a great military people, but there is little known even to professional scholars regarding their religion. I have often been asked by educated persons in countries which I have visited, and even in India itself, what the Sikh religion was, and whether the Sikhs were Hindus, idolaters or Muhammadans. This ignorance is the result of the difficulty of the Indian dialects in which their sacred writings are contained.

Judaism has its Old Testament; Islam its Quran; Hinduism its Veds, Purans, and Shastars; Budhism its Tripitaka; the Parsi religion its Zendavesta; and Confucianism its Analects, its Spring and Autumn, its Ancient Poems and its Book of Changes. The languages in which the holy writings of these religions are enshrined, though all difficult, are for the most part homogeneous, and after preliminary study with tutors can generally be mastered by the aid of grammars and dictionaries; but not so the mediaeval Indian dialects in which the sacred writings of the Sikh Gurus and Saints were composed. Hymns are found in Persian, mediaeval Prakrit, Hindi, Marathi, old Panjabi, Multani, and several local dialects. In several hymns the Sanskrit and Arabic vocabularies are freely drawn upon.

There were no dictionaries of the Granth Sahib, or sacred book of the Sikhs, when the author commenced his labours. Some have been since published, but each lexicographer has adopted  a system of his own which makes it difficult to find the word required, and even when found the interpretation is not always satisfactory. For these reasons it is necessary for the translator of the Sikh sacred writings to reside for long years in India, and work with the assistance of the few gyanis, or professional interpreters of the Sikh canonical writings, who now survive. It would probably be an exaggeration to say that there are ten such men in the world. Of these few or none is capable of giving an English interpretation. They generally construe in tedious paraphrases in their own local dialects. But more than this, there is hardly any one Sikh who is capable of making a correct translation of his sacred writings. A man who is a good Sanskrit scholar will not known Persian and Arabic, and he who knows Persian and Arabic will not knows words of Sanskrit derivation. A man  who knows Hindi will not know Marathi; a man who knows Marathi will not know Panjabi and Multani, and so on. Moreover, there are words in the Sikh sacred writings which are peculiar to them, and cannot be traced to any known language. As to these one must accept the traditional interpretations. The Granth Sahib thus becomes probably the most difficult work, sacred or profane, that exists, and hence the general ignorance of its contents.

A portion of the Granth Sahib was translated some years since by a German missionary at the expense and under the auspices of the India Office, but his work was highly inaccurate and unidiomatic, and furthermore gave mortal offence to the Sikhs by the odium theologicum introduced into it. Whenever he saw an opportunity of defaming the Gurus, the sacred book, and the religion of the Sikhs, he eagerly availed himself of it.

One of the main objects of the present work is to endeavour to make some reparation to the Sikhs for the insults which he offered to their Gurus and their religion. There are, however, many other advantages which I am hoping for, and which will probably be understood by the reader.

All persons of discrimination acquainted with the Sikhs set a high value on them, but it appears that knowledge throughout the world of the excellence of their religion would enhance even the present regard with which they are entertained, and that thus my work would be at least of political advantage to them. In the second place, there is now a large number of Sikhs who understand the English language, but who have no time for the study of the compositions of the Gurus; and I thought it would be useful to them, if only from a linguistic point of view, to read a translation in the very simple English in which I have endeavoured to write it. In the third place, the old gyanis or professional interpreters of the Granth Sahib are dying out, and probably in another generation or two their sacred books will, owing to their enormous difficulty, be practically unintelligible even to otherwise educated Sikhs. In the fourth place, the vernacular itself is rapidly altering and diverging more and more from the general language of the Granth Sahib. Words which men still in the prime of life were accustomed to use in their boyhood have now become obsolete, and new vocables have taken their place. It appears, therefore, that it would on every account be well to fix the translation of the many exceedingly difficult passages scattered broadcast through the Sikh sacred writings. In the fifth place there are local legends now rife which we have been able to gather, but which would otherwise pass into oblivion in a comparatively short period of time.

Time was when it was not allowed to print the sacred book of the Sikhs. As ancient prejudice gave way, it was printed in parts which it was forbidden to unite in one volume lest it, as the embodiment, not only of the wisdom of the Gurus, but of the Gurus themselves, might be treated with disrespect. This prejudice has also vanished, and now the book is openly exposed for sale. There was also a prejudice on the part of Sikhs of the old school against translating the sacred volume, but those who held it forgot the injunction of Guru Arjan to translate it into Indian and foreign languages so that it might spread over the whole world as oil spreads over water.

There can be no doubt that, were the Gurus and Bhagats now alive, they would be pleased to see their compositions translated into a language like the English spoken by many peoples throughout the continents and islands which extend far and wide over the earth.

Max Arthur Macauliffe (29.9.1837--15.3.1913) was born at New castle West, County Limerick, Ireland. He was educated at Newcastle School, Limerick and at Springfield College and Queen's College, Galway. He received a broad humanistic education that allowed him to read the Greek and Latin Classics in original. He could also read French and Italian. In 1862, he was appointed to the Indian Civil Services and was assigned to Punjab. He arrived in Punjab in 1864. After 18 years of service, he was appointed a Deputy Commissioner in 1882. Two years later, he became a Divisional Judge. His deep understanding and sympathy for the people of Punjab and their religious traditions made him able and just civil servant.

His interest in Sikhism was sparked by attending a Diwali celebration in Amritsar. In 1893, he resigned his job to study Sikhism and devoted his remaining life to understand Gurbani. He found himself engaged by what he studied because in his words, "the sublimity of their style and the high standard of ethics which they inculcated were unmatched." He left for his heavenly abode in 1913 while reciting Japuji. 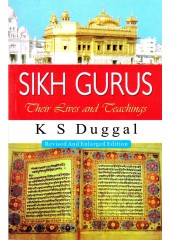