Sri Guru Granth Sahib, also called Adi Granth (The Primal Book) is known for its uniqueness among the world scriptures. First of all, it is a holy book the authenticity of whose content is beyond doubt. Secondly, it contains nothing but the revealed word. Thirdly, in it the first thing comes first. Edward A de Bittencourt observed, "Nanak placed first thing first.... The Bible really does not begin like Gurbani with one God; it begins with many gods. The Hebrew word Allohim or Elohim is the plural of Semitic Allah or God." Fourthly, this holy book is most highly revered by its adherents. Wilfred Cantwell Smith observed that in personalizing fashion, it has been called Guru Granth Sahib (The "Honorable Book" Guru). W. Owencole goes so far as to say," .... the Sikhs [became] a people of the book to an extent and in a manner which is not found in any other religion."

Last, but not the least is the Catholic nature of this holy book which makes it most unique. It is, perhaps, the only scripture which is pluralistic and not exclusivist. In it the Aryan as well as the Semitic spiritual traditions have been reverently accommodated. That is what seems to have impressed the great historian, Sir Arnold Toynbee when he called it "Mankind's common spiritual treasure." In it, besides the composition of the Gurus of the Sikh faith, place has been given to the selected works of a large number of Hindu and Muslim saints. Of the total 5894 hymns of this book as many as 937 are by these saint-poets. In addition, there are 123 hymns by the bard-poets of the Guru's court also.

The saint-poets included in this holy book not only belong to different religious traditions, they also come from different states of India and represent different strata of society. They a so cover nearly five centuries of spiritual tradition of India.

Lochan Singh Buxi has chosen the saint-poets of Guru Granth Sahib for dessertation. He is a well known and reputed Punjabi scholar and inter alia has produced a book Prominent Mystic Poets of Punjab. He should, therefore, be well-equipped to write about the works of these saint-poets. His avowed objective is to introduce to the English reader the treasure of devotional hymns and moral teachings of these saint-poets and mystics.

He reproduces their original text in Gurmukhi script (as given in the Adi Granth), provides its Devnagri and Roman transliteration followed by its rendering into English. His commentary attempts to throw light on certain important aspects of the text as also on their-historic, philosophic and theological background. The reader will find much useful material therein.

I appreciate very much having been asked to write a preface to this book and have pleasure in introducing this work to the readers. 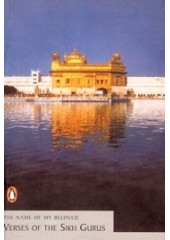 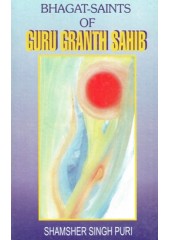 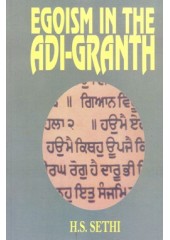 From The Back Cover Of 'Egoism In The Adi-Granth' By H.S.Sethi  "Haumay" (egoism or self..