Foreword To 'Lest We Forget' By Amarinder Singh

It is with great pleasure that I have written the Foreword to this book by Maharaja Amrinder Singh of Patiala. I was happy to do so and welcomed the opportunity, for he served as my ADC and was my close associate in the eventful days of the Indo-Pakistan war of 1965.

I do not think many people know that , at the special request of his father Maharaja Yadavindra Singh, I was responsible for obtaining Captain Amrinder Singh's release from the Army at the end of August 1965. Within days, tension between India and Pakistan had risen to such a peak that hostilities between the two countries had become imminent. In cosequence, Captain Amrinder Singh reported back to me, saying that as war was now likely , it was no time for him to be retiring and asked that he be allowed to rejoin his old unit, the Second Battalion The Sikh Regiment , in which he had served before becoming my ADC.

Knowing that the Battalion was already actively involved in operations against Pakistan in the Akhnur area, I asked him if he had recieved his father's approval, to which he replied 'yes'. When I subsequently spoke to His Highness at Patiala, he said 'I have sent him and he has my approval to rejoin his battalion'. This was a most welcome experience for me as I had been trying to get officers in my Command back from annual leave without much success. Here was someone who was anxious to rejoin the Army and serve with his unit, then actively engaged on operations. However, I firmly refused his request to go back to his battalion and said that I wished him to serve again as my ADC.

To this he agreed with some reluctance. I remained him that it would enable him to see a war from the highest level, an experience. that it should prove invaluable to him later. I believe that this book is a consequence of that experience. True soldier that he is, it was the Author's service during the Indo-Pakistan War of 1965 that impelled him to research and write about the most important battles fought by the Indian Army in the wars over Kashmir in 1947-48, with China in 1962 and the with Pakistan in 1965. I endorse his choice.

In writing this book, he has covered the whole spectrum of those three wars, going into the smallest details of seven battles and highlighting the bravery and devotion to duty of the Indian Soldier, a characteristic of which, sadly very few people in our country are even aware or appreciate. In his research, the Author will have had often to burn the midnight oil, working extremely hard, as he studied war diaries, interviewed survivors and examined the sketchy existing accounts of those battles which, by my reckoning, are few and far between.

In his detailed descriptions of those actions, he has most carefully included the names of the many officers and men of the Indian Army who made the supreme sacrifice  for their country and for this I admire and congratulate him.

Through my professional involvement with them, I have some personal knowledge of the battles chosen and can say with authority that his accounts are accurate and authentic. I read them all with enthusiasm for they led me to endorse, yet again, my belief in the selflessness, gallantry and singular sense of duty which is the hallmark of the Indian soldier whom I have had the honour to command in battle.

As I look at the state of affairs in our country at this time, and particularly in the Army, I am driven to quote the last paragraph of a book by S.S. Gill, a former Permanent Secretary to the Government of India: Assailed by doubt, peering into the hazy future, with little pride in its achievement, this is hardly the state in which the world's largest democracy should be entering the twenty-first century.

About the Author Of 'Lest we Forget'

The author, Amarinder Singh, was educated at The Doon School. After graduating from the National Defence Academy at Kharakvasla and the Indian Military Academy at Dehra Dun, he was commissioned into the 2nd Battalion of The Sikh Regiment. During the 1965 war with Pakistan, he was ADC to the GOC-in-C, Western Command, in whose theatre of operations the entire war was fought. Later, as a Member of Parliament, he was a member of the Parliamentary Defence Committee.

He spent two terms in the Punjab Legislature, during which he served as a Minister in the Punjab Government. He is presently President of the Congress Party in the state of Punjab.

From The Backcover Of 'Lest We Forget' By Amarinder Singh

I feel happy about the book as I had been a witness to these wars myself. The book is a fitting tribute to those men and officers who fought for the motherland. Captain Amarinder Singh, former Maharaja of Patiala, friend of Rajiv Gandhi, erstwhile Congress Member of the Lok Sabha, later Akali Agricultural Minister of Punjab and currently Punjab Pradesh congress president , is passionate about things he holds dear. Camera in hand and accompanied by survivors of many historic battles fought in those wastes, Capt Amarinder, who was born into a life of royal luxury, struggled for over four  years to put this monograph together... Thanks to his yeoman effort , forgetting will be a bit difficult even for generations who have read about these wars only in history textbooks.

Such formidable scholarship and efforts requires time and money and, in the Indian context, 'Connections'. Singh seems to have used all three to good effect. Given the new ground the author has broken, it is difficult to take issue with the analysis of any of the battles. But as he himself acknowledges, additional information could  have come from Chinese and Pakistani sources had they been available...All in all Singh's work has set a benchmark on the writing of Military History, one that other writers will be judged against in the future.

This is a heavy book but it doesn't weigh you down. If you think Military History is cumbersome, this will change your mind. We are a forgetful people, which is why Lest We Forget should be compulsory reading for all those concerned with national security, even politicians.

Lest We Forget is an account of seven battles from three wars - the conflict in Kashmir of 1947-48, the Indo-China encounter of 1962 and the Indo-Pak offensive of 1965. Its aim has been to record determination, gallantry and leadership amidst disadvantages in term of logistics.

The real value of this book lies in its analysis of whether our nations has learnt the right lessons from the wars we have fought since Independence. George Santayana had cautioned us many decades ago: 'Those who cannot remember the past are condemned to repeat it'. Amarinder Singh's Lest we Forget is a timely reminder of the lessons from our recent Military History and ought to spur action for implementation of much-needed and long-pending reforms.

Table of Contents For 'Lest We Forget' By Amarinder Singh 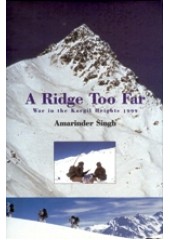 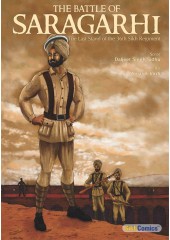 Summary of 'The Battle of Saragarhi , The Last Stand of The 36th Sikh Regiment' By Daljeet Singh Sid.. 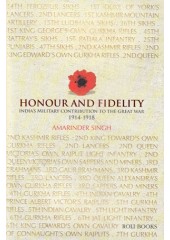 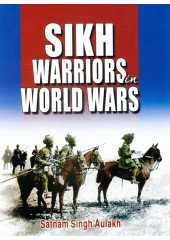 From The Back Cover Of 'Sikh Warriors In World Wars' By Satnam Singh Aulakh  The book explor.. 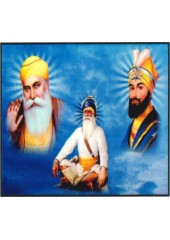 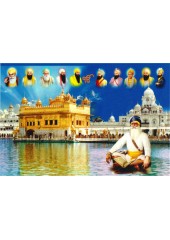 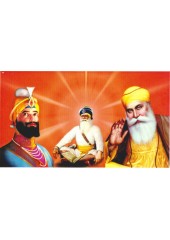