This paperback edition is the revised and updated version of the Punjabi Saga, the trilogy comprising Mr Prakash Tandon's autobiography - Punjabi Century, Beyond Punjab and Return to Punjab.

Spanning the period from 1857, the year of the mutiny, to independence in 1947, Punjabi Century is a harmonious blend of autobiography and national history. Beyond Punjab, a record of Mr Tandon's career in management, remarkably puts into perspective the crucial period of the Indian history during the last decade under the British, the period of the independence regime and the subsequent years. A politically eventful timespan while Tandon switches over from the private sector to take up a number of assignments in government corporations  is the focus of Return to Punjab.

Born in 1911, Prakash Tandon graduated in science from Government College, Lahore, in 1929. He studied commerce at the University of Manchester and subsequently  qualified as a charted accounted. In 1937, he joined the Unilever subsidiery in India to later become its first Indian chairman. He left the company in 1968 to join the public sector. He served as the Chairman of the State Trading Corporation of India for four years and that of the Punjab National Bank for three years. He was Director General and President of the National Council of Applied Economic Research. He has taught at the American Universities of Los Angeles, Berkeley and Bostan and has been on the senates and taught at the Universities of Panjab (Chandigarh), Delhi, the Indian Institute of Management (Ahmedabad) and the Indian Institutes of Technology (Delhi and Kharagpur). Currently he is the vice-chairman of the Indian Institute of Foreign Trade, Delhi.

This story deals with a Punjabi family, five generations of which lived through two momentous centuries of change - a family essentially no different from any other family of West Punjab, with a pattern of life that endured through time, change, and strife. The British connection, significant in its own way ,was just one of the many conquering waves that came and passed and left its layer of influence on the Punjab like the five rivers that have poured down water and mud interminably and in so doing enriched our soil. Maurice Zinkin who persuaded me to write my first book, Punjabi Century, in 1960, summed up that book thus in his foreword:

Mr. Tandon is talking of a past which is over, the flavour of which, had it not been for him, would soon have departed never to be recaptured. His memory, his sense of a scence as a whole, his capacity to recreate the past as it was and not as the present day would have it - these combine to give us the old Punjab as it lived, thought, ate and enjoyed itself. This is how marriages were made, this is how the Indian backbone of the administration got tired of the British, this is what the houses looked like and how one went out for a walk. The society he is describing, the British Punjab as it grew in the years after the Sikh wars and the Mutiny, began to die in the 1930s; it was finally killed in the riots of 1947.

Beyond Punjab, the second book in this trilogy, came out in 1970 after I had left Hindustan Lever. By then, the Punjab I had described had already changed. The book's inscription said:

To us there was only the Punjab, the land of 'five rivers': beyond it was all Hindustan: and yet beyond, beyond the frozen Himalayas and the warm seas, it was all Walayat, the unknown world to where some of our restless men ventured out. And now, suddenly, it was all beyond Punjab.

I described in the book the thirty-one years I spent with Hindustan Lever - 1937 to 1968. Lever's experiment  in Indianization could perhapsbe said to have begun in the 1860's when the Indian Civil services was first thrown open to Indians; in the British army in the 1920s when a few Indian cadets began to be selected for Sandhurst; and in the 1930s in the last citadel of the British, when their mercantile firms began to admit, selectively, Indian managers. Twenty-three years later , arduous years of mutual dedication to an idea of 'Ization', as Unilever called it, they made me their first national chairman  outside their home companies in England, Holland and America.

Return to Punjab, the third volume of the trilogy, published in 1970 continued to follorw my passage through the chairmanships of Hindustan Lever, the Indian Institute of Management, Ahmedabad, the State Trading Corporation of India and the Punjab National Bank. From a multinational industrial firm to the first business school of India and then through government's public enterprises I ended in the National Council of Applied Economic Research. These interesting years converted India at the British sunset and its post-Independence dawn. There were two different Indians, but also two different Punjabs.

Today, forty years after partition, our new generation has scattered over India, and the world, in all the professions - the army, medicine, technology, accounting, and management. They are a part of the developing all-India professional-management class, which is a new unifying forces in India, of men and women from different parts of the country, working in government, commerce and industry, and developing a new kind of all Indianness. Qualified from the institutions of excellence and the professions, they are equally at home in India and the outside world and they are the new citizens of both.

From my granduncle who fought the British at Chellianwala, to my grandfather who became a Kanungo in the new administration, to my father in Roorkee College of Engineering in 1898, to my years at University and articled for my chartered accountancy in England of the 1930s, to my sons in the army and a German firm, to my daughter in Washington, and her daughter studying in Boston, the Punjabi saga continues.

The three books were first brought out together by Penguin- in whose early world of classics and contempory books, one was brought up in England - as Punjabi Saga.

Once again a new Punjab seems to be emerging. It is a new Punjab of old vital chaos, through threatening sometimes even to disown its name. But the change in Punjab is no more than the change effervescing in other parts of India, of problems that seem sometimes beyond us to solve; but it is a sign too of a new vitality that, with the healthy instinct of a democracy , externalizes its problems and expresses them to the strong light of debate rather than suppressing them internally.

This revised and updated edition of the Punjabi Saga, the classic trilogy comprising the saga of the Tandon family, is a fascinating blend of autobiography and national history. A must read for everyone interested in India's history society and culture.

'An entirely fascinating picture of India from the inside...Abounding in local colour, the book is full of good stories'                 - The Times, London 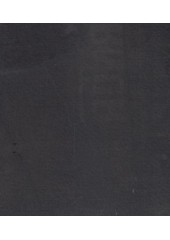 Bitter Harvest - A Saga Of The Punjab

Bitter Harvest - A Saga Of The Punjab - Book By Maloy Krishna Dhar ..