Introduction To 'Days Of The Turban' By Partap Sharma

Balbir is the youngest member of a wealthy Punjabi family, the descendant of  a great Brahmin warrior dynasty. In the Punjab the family counts for everything. Balbir's grandfather Lok Raj, still holds patriarchal sway over his extended family and their lands. Over-educated and bored with life in a Punjabi village, Balbir wants only to escape, to get away from the demands of his ever-present family. Most of all he would like to follow his glamorous elder brother Raskaan, who has escaped to Europe and become westernised and rich, a businessman in Berlin.

Searching for adventure and trying to raise the money to finance his escape, Balbir becomes entangled with local gunrunners. Venturing into the Golden Temple at Amritsar with a message for the Sikh extremists who have fortified it, he is held hostage to ensure that his cousin Satyavan will provide the arms the movement needs. But the family rallies round and the patriarch plots to rescue his beloved grandson.

Days of the Turban presents a picture of Indian society from the inside. It shows a country in transition, where the old values are under attack from new ideas but where, in the end, the traditions and ways of life of the past still have their place.

About the Author Of 'Days Of The Turban'

Partap Sharma is a playwright, novelist and author of four books for children. His best Known plays, A Touch of Brightness and Begum Sumroo, have been staged in various countries. His books have been published in India, England, USA, France, Denmark, Holland and Canada. As an actor, he has played the lead in five Hindi feature films and won the National Award in 1971 for his performance in Phir Bhi. He has also played the role of Nehru in the film Nehru: Jewel of India. In the year 2003, he spent three months in China to take part, again as Nehru, in an international film titled Chou-en-lai in Bandung. He has directed a number of documentary films, including a historical series for Channel Four Television, London, titled The Raj Through Indian Eyes. As a result, England's Museum of the British Empire & Commonwealth, in Bristol, now has a permanent section devoted to film clips and interviews titled The Partap Sharma Archieve on the British Raj. His voice is well-known to cinema, TV and radio audiences as he is one of India's foremost commentators and narrators. He is the recipient of the Dadasaheb Phalke Award.

From the Backcover 'Days of the Turban' By Partap Sharma

"A substantial work of fiction...[written] with vividness and vivacity".

"As authentic as daylight. The language, in keeping with the ethos of Punjab, is full-blooded, earthy...Days of the Turban presents a picture of Punjab's rural society that leaves one numb with terror...Here in this book we come to grips with basic emotions. The drama builds up... it holds the attention of the reader by the margin of his mind. It is Hitchcock at his best... Days of the Turban may well go down in Indian literary history as the most definitive work of fiction on Punjab...It is this 'deep backgrounding' that is most impressive about this novel, so contemporary , so evocative that it gives one the goose pimples. It is packed with TNT and it exploded on every page".               - The Times of India

Table of Contents For 'Days of the Turban' By Partap Sharma 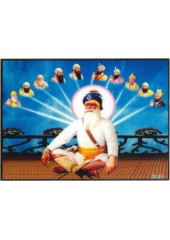 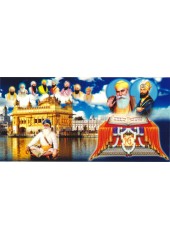 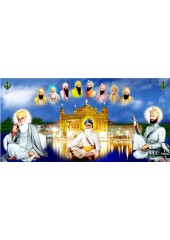