Introduction To 'A History of the Sikhs Volume II: 1839-2004' By Khushwant Singh

First published in 1963, this remains the most comprehensive and authoritative book on the Sikhs. The new edition updated to the present recounts the return of the community to the mainstream of national life. Written in Khushwant Singh's trademark style to be accessible to a general, non-scholarly audience, the book is based on sound archival research.

Volume I covers the social, religious, and political background which led to the formation of the Sikh faith in the fifteenth century. Basing his account on original documents in Persian,Gurmukhi and English, the author traces the growth of Sikhism and tells of the compilation of its sacred scriptures in the Granth Sahib. Volume II covers a range of issues related to the Sikh struggle for survival as a separate community-conflict with the English and the collapse of the Sikh kingdom; its consolidation as a part of Britain's Indian empire; religious and sociological movements born under the impact of new conditions; the growth of political parties-nationalist, Marxist, and communal; the fate of the Sikhs in the division of the Punjab and the great exodus from Pakistan; and resettlement of the Sikhs in independent India and the establishment of a Punjabi-speaking state within the Union.

Khushwant Singh a renowned journalist, is the author of several works of fiction, and an authority on Sikh history. A former editor of the Illustrated Weekly of India (1979-80), and the Hindustan Times (1980-3), he was Member of Parliament from 1980-6. He returned his Padma Bhushan, awarded in 1974, in protest against the Union Government's siege of the Golden Temple in Amritsar.

The first volumes of A History of the Sikhs dealt with the birth of Sikhism and the rise of the Sikhs to political dominance in the Punjab under Maharajah Ranjit Singh. This volumes takes up the narrative from the death of the maharajah and brings it up to the present times. It is divided into five parts which deal respectively with the conflict with English and the collapse of the Sikh kingdom, its consolidation as a part of Britain's Indian empire, religious and sociological movements born under the impact of new conditions, the growth of political parties-nationalist, Marxist, and communal-the fate of the Sikhs in the division of the Punjab, and the great exodus from Pakistan. It ends with the resettlement of the Sikhs in independent India and the establishment of a Punjabi-speaking state within the Union. The theme of Volume I was the rise of Punjabi Consciousness and the establishment of an independent Punjabi state under Sikh auspices. The theme of this volume is the Sikh struggle for survival as a separate community. It started with resistance to British expansionism; it was continued as resistance  againts Muslim domination; and after independence, it turned to resistance against absorption by renascent Hinduism.

I wish to express my thanks to my friend, Satindra Singh of the Economic Times for furnishing me unpublished material on contemporary Sikh affairs; to Major W. Short for guidance on Sikh politics during World War II; to Gopal Das Khosla (one time chief justice of the Punjab High Court) for reading the manuscript ; Dr M.S. Randhawa for information on Sikh Painting; to J.H.McIlwaine and Mrs Rimington of the India Office Library for assistance in compiling the bibliography; and to Miss Yvonne Le Rougetel, who collaborated with me in the research and writing of both the volumes. I would also like to place on record my gratitude to the Rockefeller Foundation and to the Muslim University, Aligarh, for allowing me to continue and complete this work.

For the revised paperback edition I acknowledge assistance given by Satindra Singh of the Economic times and Rajinder Singh Bhatia, Editor of Qaumi Ekta.

Since the last edition of A History of the Sikhs Volume II was published, many events concerning the Sikhs have taken places in the Punjab and abroad. These twenty years witnessed a step rise in the incidence of terrorism which took a toll of thousands of lives, including that of the retired Chief of Army Staff, a serving Chief Minister of the State, a retired Finance Minister, Police officers and civilians: it saw increase in the distance between Sikhs and Hindus and the migration of Hindus from Sikh-dominated villages to towns and cities. It also saw the gradual decline in terrorism, the virtual disappearance of the demand for a separate Sikh State and restoration of amicable relations between the two communities as well as the return of law and order and normalcy in the state. During these twenty years the state was put under President's Rule several times and since then has had Akali and Congress party governments. At the same time subtle changes were taking place in the economic life of the community. A large number of young Sikhs migrated to foreign countries to seek their fortunes; farm workers from Bihar and Uttar Pradesh came to the Punjab to work as labourers of Sikh farmers and settled in the state, bringing about important demographic changes.

Writing the history of a community was not an east task. Chronicling events of the recent past proved more daunting. I had to rely almost entirely on what appeared in the print media, mainly India Taday and The Tribune.  I also consulted reports issued by political parties and the State Government. It was difficult to sift the trivial and the ephemeral from the important and long lasting. The Epilogue may read more like a calender of events than a historical summing up. I crave the reader's forgiveness for simply chronicling the events of the very recent past without being able to prophecy their impact on the future of the community.

I wish to acknowledge my debt of gratitude to the following for helping me update the two volumes of A History of the Sikhs: Humra Quraishi for getting books, newspaper clippings and articles from India Today relevant to the period of research, from the Nehru Memorial Library. Punam Khaira Sidhu (IRS), Kiran Bir Sidhu (IAS) for advice, assistance, and editing the texts. A. S. Deepak and Ravinder Singh, Librarian of Khalsa College, Delhi, for getting me books in Gurmukhi and English and dates on Punjab's economic and literacy levels as well as material on the SGPC; Kawar Sandhu, Resident Editor of the Hindustan Times, Chandigarh, for going over my draft and making valuable suggestions; and the editors at Oxford University Press for putting everything in the right order for publishing. 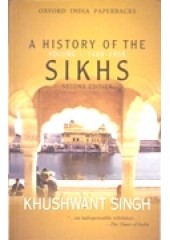 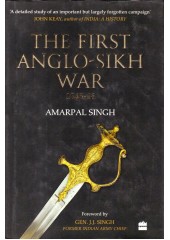