Sunder Gutka is a collection of Banis or hymns that form the core of a complete Sikh Daily Prayer. These sacred hymns contain a power to transform our lives completely by bringing an unmatched spiritual elevation in even the most ordinary of minds. Gurbani or the Divine Word contains the instructions and divine guidance revealed directly by God through the Gurus and other pious saintly beings. They show the righteous path of life and give direction to the wandering souls in quest of finding the real meaning of life. These hymns deliver a message which is of eternal relevance irrespective of the caste, creed, re­ligion, age or location of a person.

Unfortunately, the younger generation that is unaware of the Gurmukhi script, the original language in which the Gurbani has been recorded, finds this pool of knowledge inaccessible. For them and all others who are better versed in English, a humble effort has been made to bring to them  this elegant masterpiece from our Gurus in the form of a transliteration in English. Ev­ery effort has been made to make the pro­nunciations very simple and crystal clear and avoid every possible mistake.

About Sunder Gutka: Sunder Gutka is a collection of very important hymns the reci­tation of which is considered to be a com­plete Daily Prayer for every Sikh. It consists of the following Banis:

Japji Sahib: It's a composition of Guru Nanak, comprised of the Mool Mantra at the beginning followed by a salok, then 38 pauris (hymns) and a salok to conclude. This bani serves as a prologue to Sri Guru Granth Sahib.

Shabad Hajaarae: This refers to a col­lection of seven hymns, the first by Guru Arjan and the other six by Guru Nanak. The term "Hajaarae" (not mentioned in any of the Sikh Scriptures) probably implies that each of these 'Shabads' has a 'thousand fold merit' when recited.

Anand Sahib: A bani composed by Guru Amardas, and considered a pathway to true bliss and tranquility of mind.

Raihraas Sahib: It contains Guru Nanak's saloks and shabads (verses and hymns) from Guru Granth Sahib along with a Chaupaee, a Savaiyaa and a Dohra (composed by Guru Gobind Singh Ji), first five stanzas and the last stanza from Anand Sahib.

Baarah Maahaa Maanjh Maihlaa 5: A bani which presents the condition of the soul, separated from the Divine, suffering in trans­migration yearning to reunite with Him.

Aaasaa Dee Vaar: It is a collection of 24 stanzas written by Guru Nanak Dev Ji. In its present form it also contains sloks of Guru Angad Dev Ji and a few shabads by Guru Ramdas Ji.

Sukhmani Sahib: Composed by Guru Arjan Dev Ji and a key to attain eternal hap­piness in all areas of life.

Salok Maihlaa 9: Saloks composed by Guru Tegh Bahadur (57 in Number), which stress on the recitation of Naam(God's Name) and contemplating the Divine. 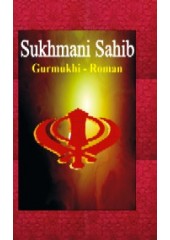 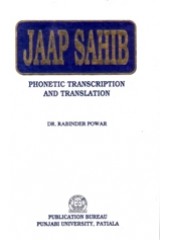 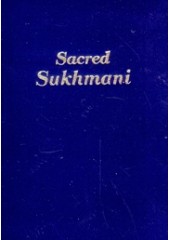 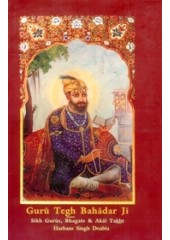