From the Backcover of 'Sri Dasam Granth Sahib - Questions and Answers' By G. S. Mann and K. Singh

The authors of this book, Gurinder Singh Mann and Kamalroop Singh have given elaborate answers to 50 questions posed on the Sikh scripture. They have considered manuscript and historical evidence to provide the readers with thoughtful insights on how the scripture should be perceived.

The sacred bani (word) of Guru Gobind Singh has guided the Khalsa for the last 300 years, and is part and parcel of the Sikh psyche. After Sri Adi Guru Granth Sahib, the Sri Dasam Granth Sahib by Guru Gobind Singh is the second scripture of the Sikhs. It is the source of the banis of Sikh baptism (Amrit Sanchar), daily prayer (Nitnem) and invocation (Ardas). Dasam Granth is the primary source of the terminologies, phrases, and concepts of the Khalsa. Some prominent examples are, 'Vahiguru ji ki Fateh', 'Degh Tegh Fateh', 'Panth', 'Khalsa', 'Dharam-Yudh', 'Khanda', 'Kirpan', and 'Sarab-loh.'

The Kirtan (devotional singing) of Dasam Granth is performed throughout all Gurdwaras around the world, including the main shrine of the Sikhs, Sri Harimandir Sahib, and (Amritsar). The katha (explanation) of the Granth is an important medium to understand Sikh history and philosophy. Dasam Granth Sahib is installed as the secondary scripture in two Takhts (Highest thrones of the Sikhs), Takht Hazur Sahib and Takht Patna Sahib. The primary scripture, Guru Granth Sahib was composed to be sung in Kirtan, while the secondary scripture is a part of the katha/dhadhi tradition. Many sampradayas (traditional organisations) namely the Akali Nihang Singhs, the Damdami Taksal, and others, also do prakash (ceremonially enthrone) of Dasam Granth Sahib. This takes place in their Gurdwaras, Chioni (encampments), and other centres of learning.

In recent times scholars who have not understood the intricacies of the Granth have propagated doubts. This book addresses some of the issues and is a beginner's guide for those students trying to further their knowledge on the Dasam Granth.

This book considers the various sources from 17th and 18th century onwards which show the creation and compilation of both Granths. These sources illustrate the importance the Dasam Granth Sahib has in the Sikh tradition. This includes the Rahitnamas (codes of conduct), Sakhia (stories), Gurbilas (narratives of the Gurus), and tikas (commentaries). Other evidence includes British narratives and the directives of the Akal Takht Sahib. We have also presented photographs of some of the oldest manuscripts of Dasam Granth Sahib, which will benefit the reader in making their own assessment. Other scholars have previously studied the Dasam Granth Sahib and we have cited their works where necessary showing their views on the Granth.

This work is intended as a resource for students and aims to give clarity to the subject. We have worked on the compositions, manuscripts, and history of Dasam Granth Sahib for twenty years between us. This has included field trips and intensive research to locate much of the information contained in this publication. We intend to publish several books related to the Dasam Granth Sahib in the very near future.

This book is not-for-profit and all the proceeds will go to publish further updated editions of this book.

The author is an independent researcher in the area of Sikh Studies. He started his research in the Dasam Granth in the late 90's which was formulated in his dissertation, 'The role of the Dasam Granth in Khalsa' (2001). This was part of his MA in south Asian religion at De-Montfort University. This is one of the first western works on the Sikh Scripture other than C.H Loehlin (1957).

He has been cited in several publications and has worked with museum curators in Sikh exhibitions in the UK, as well as taking active interest in Sikh heritage and preservation issues. He is currently working on a series of books, which includes Sikh manuscripts, early English translations of Sikh works, as well as working with the co-author of this book on a comprehensive account of Sri Dasam Granth.

Kamalroop Singh has given many lectures and seminars internationally and throughout the UK. Some of his recent lectures included a talk at Oxford University, 'The liturgy and praxis of the Dasam Granth', and  'A discussion of the Scriptures of Guru Gobind Singh in relation to Sikh history and praxis' at the Punjab Research Group (2008). He has also worked closely with museum curators in the area of Sikh manuscripts. The author is working on various projects, including a critical examination of the Sarabloh Granth.

Since 1997, he takes annual leave to spend time researching in India. He has spent time with traditional orders like the Shromani Khalsa Panth Akali Buddha Dal Panjva Takht Chalda Vahir - commonly known as the Nihang Singhs. 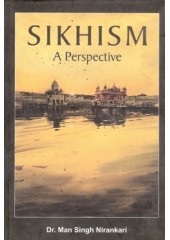 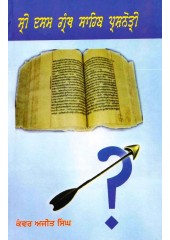