Preface To Book  'Sikh Philosophy and Religion' By Nirmal Kumar

This book has been out of print for several years. The pressure of demand is perhaps the cause behind the second edition. I am grateful to the readers who wrote me about this book. The insight shown by some of the readers has strengthened my belief that when God inspires some body to write something he also gifts the inspiration to many readers to receive it. Such readers will receive this revised book not much as a gift from the author as by then it will have already appeared in their hearts in musical  notes.

The wise say truth is the most common thing available. It is all around us. Yet truth is called a rare thing, since we see it and do not receive it. It is so mixed with worldly noise that we cannot separate and contain it exclusively. It comes and goes with the changing din of daily chore. It is only when the faculties of the heart and the mind and their powers-intuitions, thoughts, emotions and visions-get strung properly, like the players and the musical instruments in an orchestra, that the Divine, sometimes, plays the note that revives the lost memory in the soul of its existence in God, before creation. Then its sleeping ability to the separate the milk of truth form the water of worldly noise awakens. The worldly noise is with us much more now than it was with Wordsworth when he had lamented: "the world is too much with us."

We pine for miracles. Isn't it a miracle that in certain hearts the milk of truth is does not spill in the water of worldly noise? Perhaps political theories and social formulas cannot do what this little miracle can. It is as much a miracle as would be the staying of the scent of a rose in the surrounding air long after it had withered.

Amidst the many great achievements of the ten Gurus, this often ignored little achievement of theirs- to have awakened with their music the lost memory of the childhood that we all had spent before creation in Him-is to me the greatest. It was nothing short of a miracle that they could help ignorant people, thousands at a time, to keep their hearts and minds strung to listen to the Divine whisper of love so well that they could keep the noisy of daily life away from it. It was this whisper of love that ultimately proved stronger than the armed might of those who ruled over the waves of medieval times. It was a miracle that the Gurus could impart 'this soundless melody' (nad anahad) to the hearts and minds of millions. Another miracle is that those millions could stay strung for years without tension and fatigue.

Wisdom was never so widely published as nowadays. What is lacking is the soundless melody that alone has the ability to grasp and retain it, and keep the water of worldliness away from the milk of truth, in spite of being served in the same beverage. The soundless melody (nad anahad) is like the rebellious dance of a fragile wave of river in a tumultuous ocean, even after the river had merged in it. I pray that modern people may hear it, for then no matter how loud the worldly noise, they will not miss this whisper of God''s love that has ever been and that shall ever be in every heart.

In translating the Divine songs of the Gurus I have tried to catch their noble emotions, the divine music and the sublime spirit behind the words far more than translating their words verbatim.

I am thankful to Pragye Kisslay for proofreading, and giving me the joy of seeing the radiance that the Guru's ideas might have imparted to youthful faces in their days.

I wanted to add a couple of chapters to the second edition, but circumstances would not let it. The text has been revised and updated to incorporate current research and suit modern needs. If God wills, even this little book should be able to convey all that needs to be known, because wisdom is not locked in books. The best books only knock at the heart of the reader to awaken the treasure already hidden there by God. Keats said:  'Beauty is truth, truth beauty, -that is all ye know on earth, and all ye need to know." to know the oneness of truth and beauty is enough. I hope this little piece of knowledge has the key that will unlock the wisdom that is already hidden in every heart. 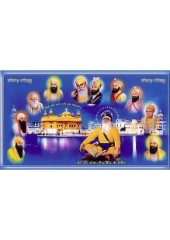 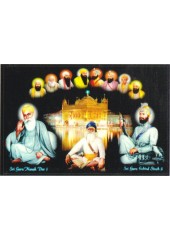