Sikh history is full of sacrifices for the rights of our society and just out of the 2% Sikh population, 86% of the sacrifices were by the saheeds for independence of India were Sikhs. But there is no authenticated record of these brave hearts.

An immense amount of Sikh Suribhine, Janamsakhian, Hukumname, Books, Coins, Paintings and monuments depicting the glorious history of Sikhs are scattered all over India and neighboring countries.

Our history is a living history. We can access the greater part of it from the existing records before it is lost in time. Historians trace these records of history to research our heritage.

One such collector who has done great service to the Sikh history is S. Ranjit Singh. He spent his life time collecting stamps and related paraphernalia. The International Sikh Heritage Centre recognized his work and decided to publish his work.

ISHC intend's and welcome's the work done by historians, scholars and collectors of Sikh artifacts related to Sikh history. We will publish their works because the nations or societies who do not research and preserve their heritage vanish from the map of the world.

Our aim and Endeavour is the preservance of our history and to propagate and project our heritage through modern technologies.

Please join us in our aim.

Introduction to the Book 'Sikh Heritage Through Stamps' By Ranjit Singh

Sri Guru Nanak Dev laid the foundation of the Sikh religion and gave a new direction to the people to live in peace and brotherhood. The edifice of harmony, tolerance and moral integrity created by him was consolidated by his successors and the tenth guru, Sri Guru Gobind Singh, gave the status of eternal guru to the Holy Scripture, Sri Guru Granth Sahib, just before his departure from this mortal world in 1708 AD. The holy doctrines of love and worship of the Almighty God and equality of the entire human race were enshrined in the Holy Book by the gurus and various Bhagats and Bards, which till this day serve as beacon light of devotion, courage and sacrifice for mankind. The Scripture was edited and composed by Sri Guru Arjan Dev and the compositions of the ninth guru, Sri Guru Tegh Bahadur were included in Sri Guru Granth Sahib by Sri Guru Gobind Singh.

The founder of the faith, Guru Nanak Dev held discourses with scholars, thinkers and leaders of other faiths emphasizing on them the unity of mankind under the one Creator in an effort to forge friendship and fraternity among all group and communities. Nations are known for their history, culture and traditions. The Sikhs are known for their chivalry and sacrifices for the common good on the precept that all men and women in the world are children of the God and there should be no differences on the basis of caste and creed.

In keeping with the teachings of our spiritual Masters, we established the International Sikh Heritage Centre in 2003 AD. Our endeavour is to protect and to give a fillip to the eroding Sikh heritage which has been nurtured for more than the last five centuries. We have been organizing lectures by eminent persons and holding shows for visual depiction of our rich heritage. The International Sikh Heritage Centre has been registered as a non-profit organization under section 25 of the Comapany's Act 1956. Our membership is open to all who possess a minimum of one share, which is transferable as per the said Act.

It is matter of pride that the Chairman of the Publications Committee, Sardar Rupinder Singh Marco has conceived and given a practical shape to this Philatelic Book depicting the various stamp released by the governments of India, Pakistan, USA and other, some of which date back to 1935. This represents an effort to resuscitate the interest in Sikh history, religion and personalities. A glimpse of the collection of the stamps rekindles the joy and pride of the contributions made by the Sikhs for the defence of our motherland and their achievements in other fields. The rich Sikh heritage deserves to be noticed by people all over the world. In this effort we extend our appreciation and gratitude to Sardar Ranjit Singh, who has taken lots of pains to make this venture a success.

This brief book will provide visual delight to the readers and will also educate the younger generation to imbibe the qualities of our soldiers, scholars, men of courage and adventure and also the glory of some of our monuments. This publication is meant for circulation worldwide and to our own educational, social and cutural organizations. It will also be a contribution of delight to stamp collectors. We are all dedicated to the service of our great Gurus, who showed us the noble panth of worship of only one Supreme Lord.

We also hope that our organization will pick up the threads of propagating the Sikh heritage with more publications, exhibitions and demonstrations of the values that have come to the lot of our enterprising community. 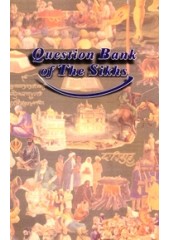 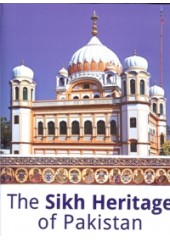 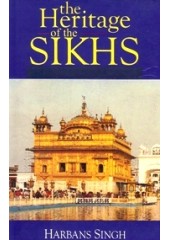