Introduction To Book 'Sikh Concept of the Divine' By Pritam Singh

All religious are unanimous that Ultimate Reality is unfathomable. Sikh Religion is no exception. "After all", runs the Sikh Scripture's argument" how can a creature encompass, wholly, its own Creator?" Notwithstanding even more categorical statements than this, occuring repeatedly in all the Scriptures of the world, about the utter indescribability of the Only Omniscient, Omni-present, Essential Reality, we still find all of them referring again and again to the qualities that characterize it. These qualities or attributes, which vary from religion to religion in their order of priority, provide  some of the basic material to interpreters working on the philosophy, sociology and cosmology of religions. In the Sacred Book of the Sikhs also, one may come across any number of divine attributes, but those which must have struck the founder, Guru Nanak, as the most prominent and essential, were woven by him in a short rhythmic composition, called the Mul Mantra, the seminal formula, consisting of 14 basic structural units. A large majority of Sikhs recite these units in pairs:"

Pairing reduces the number of units from 14 to 8. Between the protagonists of the 'fourteen' and the 'eight' units, we have others for whom the Mul Mantra consists of thirteen, twelve, eleven, ten or nine units. Such differences among scholars make the task of philosophical and sociological, even theological explorers of the Sacred Text rather difficult. It was primarily to make this task easier that a Seminar on Mul Mantra was conceived by the Department of Guru Nanak Studies. The Scheme materialised in 1973. The Department was able to persuade a number of eminent scholars to contribute paper each on various aspects of the basic credal formula. The present volume contains all these papers, besides those of Dr. Jasbir Singh Ahluwalia, Dr. Jagjit Singh Saluja and Miss Guninder Kaur, which were secured later. Most of these papers have already been published in the various issues of the Journal of Sikh Studies. A veteran Sikh theologian, S. Narain Singh, has sent his written comments on the papers of Dr. Trilochan Singh and Dr. Wazir Singh. These were duly published in the Journal. It is our hope that the present volume will prove to be a modestly valuable addition to the existing literature on Sikh Theology. Indications are that the Seminar has already succeeded in focussing the attention of scholars on the need of carrying on intellectual exploration of this important text. After the Seminar, Mr. Bakshi Singh Adil and Bhagat Singh Hira have brought out independent books on the Mul Mantra and Mr. Jagjit Singh Saluja has recently earned a Doctorate on the same subject. Still greater attention is expected to be given to the subject following the publication of Sikhs Concept of the Divine. If that happens, the Seminar will have served its intended purpose.

The compiler is grateful to all scholars whose timely and unstinted co-operation to him and the Department made the Mul Mantra Seminar a success. He is also beholden to them for updating their papers. Dr. Madanjit Kaur and Shri Raghubir Singh Tak of the Department of Guru Nanak Studies, are to be thanked for the tedious task of proof-reading.

Table Of Contents For 'Sikh Concept of Divine' by Pritam Singh 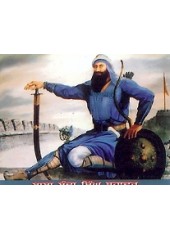