Most Sacred and Divine Hymns ( Gurbani) have come to us from Almighty God, through our Satgurus. We worship Gurbani as our ever existing and last Satguru, under the orders of our Ten Satgurus. Regarding this matter, submissions have been made in Part II of this book.

It is most essential that we must know the meanings of the Shahads and the Gurbani that we recite, sing or hear, and we must act upon the Divine Instructions, contained therein, if we really want to achieve the Final Goal. The Gurhani, which we are directed to recite or hear everyday, is contained in the prayer-books in Gurmukhi and Hindi etc.

In this book an attempt has been made to give the daily prayers of the Sikhs in Roman, as well as, in Gurmukhi Script with Translation of each verse in simple English. Summaries of the Teachings have been given in Part II of this book.

As to what is Nitnem, my brief submissions are as follows:

Nitnem means recitation of certain Banis (Hymns) everyday without fail by the Sikhs, as ordained by-the Satgurus. Even non-sikhs are requested to read these, because there is absolutely nothing communal or personal in them. As a matter of fact, all the Hymns of Sri Guru Granth Sahib preach us things, which are meant for the whole world, without any distinction or religion or nationality. It is essential for every Sikh to read at least five Banis every morning. The first one is

The Rahrasri) Sahib consists of one Salak of Guru Nanak and nine Shabads, which are given in Sri Guru Granth Sahib, immediately after the Jap(u) JI. These along with one Chaupai, one Savaiya and one Dohra composed by Satguru Gobind Singh Sahib, the first five and the last stanzas of Anand(u) Sahib and five other Hymns, given towards the end of Rahrasti) Sahib, are recited at the time of the sunset. After completing the Rahrasti), one has to perform the General Prayer, called Ardas.

The Bani, called Kirtan Sohila, is recited by a Sikh before he goes to sleep at night time. One has to perform Ardas again.

These Hymns (Banis) and the General Prayer are recited by a Sikh with a view to understand and practise Teachings of the Sikh Religion. It is essential for a Sikh to read them intelligently, after knowing the meanings there of, and then to act upon what the Satguru says.

There is no need of a long preface; because my most humble submissions are contained in sufficient details in Part II A key to pronunciation has been given in the beginning. It is impossible for a man, of my humble intelligence and meagre knowledge, to interpret or translate the Most Divine Hymns, yet with Satguru's Grace, I have made a little attempt. I am confident that the learned readers will excuse me for my shortcomings and will give their valuable suggestions.

Table Of Contents For 'Sacred Nitnem' By Harbans Singh Doabia 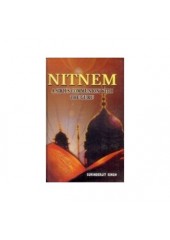 Nitnem - A Sikh's Communion With The Guru - Book By Prof. Surinderjit Singh

Summary of ''Nitnem - A Sikh's Communion With The Guru' By Prof. Surinderjit Singh  It is an.. 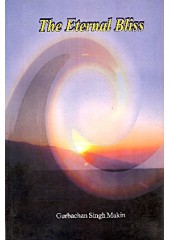