Summary Of 'History Of Sikh Struggles Vol.1' By Gurmit Singh

Sikh history is in fact the history of a people struggling to be sovereigns in their homeland. This struggle has been conti­nuous during the past almost five hundred years and has been persuasive, aggressive and constitutional. However, the Sikhs themselves remained so occupied with their struggles for even basic human rights which were denied to them by the rulers of the time, that they found no time to write their history. Whatever was written about them by the non-Sikh historians was distorted and motivated. Particularly since 1947, there has been a calculated attempt to erase the Sikhs from the main­stream of history so that they lose their identity conscious­ness and consequently will power to fight for their rights. Therefore, we find very little authentic record of modern Sikh history and whatever has been written is so vague and un­authentic that no reliance can be placed on it.

This book is the first authentic and systematic study of the Khalistan movement that explains the historical background of the recent developments in Punjab. Sikh agitation in the present is in fact a direct result of assimilation of grievances not attended to by the British rulers of India as well as the Indian government as the Sikhs constituted only a microscopic mino­rity in the all India context.

In the present work an attempt has been made to give a chronicle account of events relating to Sikhs particularly since the time of partition. To make the work authentic almost all the important documents referred in the text have been added as appendices. These documents are lying scattered and have been compiled for the first time. As the number of these documents is very large, the present work is being brought out in two volumes. The present volume extensively covers the period from 1946 to 1966 although documents of the earlier as well as subsequent period have also been included to make the study uptodate with its proper historical background.

The book covers a wide spectrum of opinions without tak­ing sides. However, to help the readers to locate the problem, the book provides all relevant material relating to deepening discontent amongst the Sikhs. A chapter on debates in the Constituent Assembly of India has been included to explain how and why the Sikh representatives S. Hukam Singh and S. Bhopinder Singh Maan rejected the Indian Constitution. House of Lords Judgement, whether Sikhs are a race and a nation, has also been included. Justice Denning's comments on this judgement which he made in his memoirs after his retirement have also been included. Home Ministry's note on Khalistan and excerpts from Minority Commission's Report also stand incorporated.

I have tried to utilise all my wits of a lawyer, historian, political scientist and a journalist to make this work unique and authentic.

I am grateful to various authors and journalists from whose works I have freely borrowed. I am also thankful to my Publisher, Atlantic Publishers & Distributors, New Delhi, for bringing out this book quickly but nicely. I am also thankful to my wife who provided the warmth of affection and to a friend who served my favourite cold coffee to enable me to complete this thankless job. 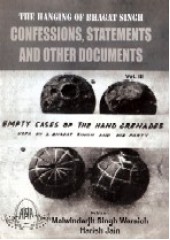 The Hanging Of Bhagat Singh - Confessions , Statements and other Documents-Book by Professor Malwind.. 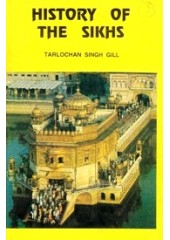 History Of The Sikhs - Book By Tarlochan Singh Gill

Summary Of 'History Of The Sikhs' By Tarlochan Singh Gill  Presenting a brief history of.. 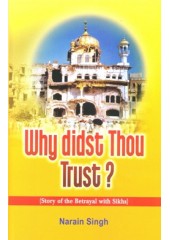 Why Didst Thou Trust? - Book By Narain Singh

From The Back Cover Of 'Why Didst Thou Trust?' By Narain Singh This book was originally writt.. 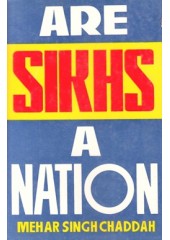 Are Sikhs A Nation - Book By Mehar Singh Chaddah

Introduction To 'Are Sikhs A Nation' By Mehar Singh Chaddah The scope of this book is within th.. 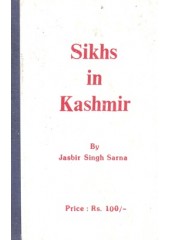