Up to now writers on Guru Tegh Bahadur have mainly depended for historical material on the works of Bhai Santokh Singh and Giani Gian Singh, both of the nineteenth century. The earlier sources such as Bansavali Nama of Kesar Singh Chhibbar, Mehma Parkash of Sarup Das Bhalla, Gurbilas Patshahi Das of Koer Singh Kalal, Gurbilas Patshahi Das of Sukha Singh and other have been used only for corroboration or to fill in the gaps left by later writers. On points of conflict the practice almost invariably has been to prefer the versions of Bhai Santokh Singh and Giani Gian Singh.

The present work, an humble attempt at best, has drawn mostly on Bhat Vahis and Panda Vahis and related works, sources of first-rate historical importance untapped so far. It is indeed very fortunate that some of the Bhat families who had attached themselves closely to the Sikh Gurus have preserved their valuable records through the vicissitudes of time. Another precious primary source is the Panda Vahis of major Hindu pilgrimage centres of Kurukshetra, Pahewa, Hardwar, Prayag and Kashi. These original sources, if explored diligently, are sure to throw abundant light on many an obscure spot in our understanding of the Guru period. Their evidence in the reconstruction of the life-sketch of Guru Tegh Bahadur has been of tremendous help, because with them a far greater degree of precision and perspective than could otherwise be possible, has come within the range of achievement. My grateful thanks are due to Giani Garja Singh, whose unremitting labours in his capacity as Oriental Research Scholar in the Department of Punjab Historical Studies, Punjabi University, Patiala, were instrumental in the procurement of this valuable source material.

Guru Tegh Bahadur's life clearly brings out the moral plane on which the Sikh movement had been resisting the high handedness of the Mughal State from its very inception, but more actively from the pontificate of Guru Arjan Dev. The particular issue facing the Ninth Guru was that the fanatical religious and oppressive economic policies of Aurangzeb  had created an intolerable situation for the vast majority of the Indian people. The Guru, Apostle of Righteousness (Dharam ki Chadar), felt divinely commissioned to sacrifice his life with a view to putting an end to tyranny. Meanwhile, a group of Kashmiri Brahmins under the leadership of Kirpa Ram arrived and narrated to cement the Guru's resolve to make the supreme sacrifice in the case of Dharma.

The fresh evidence derived from the Bhat Vahis and Guru Kian Sakhian, an unpublished work based on these Vahis, has shown that the opposition to Aurangzeb's tyranny did not assume the form of an active armed struggle as was my view some eight years back. Ghulam Hussain, a late eighteenth-century writer and the chief authority for this view, has, it is now obvious, for some personal and communal considerations exaggerated and misrepresented things. The idea of the armed struggle under Guru Hargobind, is not supported by any other source and hence is untenable.

In the preparation of this monograph, I have been benefited by the advice of several friends. My grateful acknowledgements are particularly due to Sardar Kirpal Singh Narang, Vice-Chancellor, Dr Ganda Singh, Professor Gurbachan Singh Talib and Professor Taran Singh.  I am also obliged to my colleagues in the Department of History, with whom I had discussions on a number of points. I must also thank Sardar Kirpal Singh, our Proof-reader, for his sincere help and co-operation during the printing of this work. 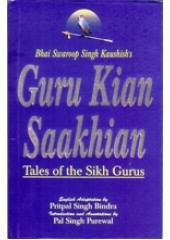 GURU KIAN SAAKHIAN : AN APPRAISAL Very truly, sources are life and blood for the discipline of .. 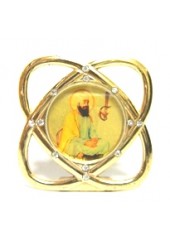 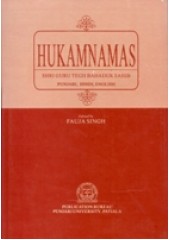 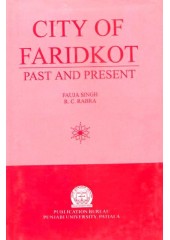 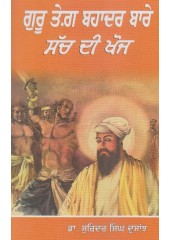