Introduction to the Book 'Guru Arjan Dev' By Dharam Singh

The story of the ten Gurus, or spiritual preceptors, of the Sikh faith is spread over a little more than two centuries-from Guru Nanak (1469-1539) to Guru Gobind Singh (1666-1708). These few decades constitute a long saga of struggle on the part of the Gurus, struggle in pursuit of  a new ideology and struggle to create a nation of strong and self-respecting people out of a divided and etherised society. With this end in view, the Gurus first articulated a distinct metaphysical thought and then established certain institutions so as to put that precept into practice. Guru Nanak, the founder of the faith, only proclaimed in one of hymns that one desirous of treading the path of truth must be willing to sacrifice his head - jau tau prem khelan ka chau siru dhari tali gali mori au (GGS, I, 1412). About two centuries later, Guru Gobind Singh, the tenth and the last of the person Gurus, put this call into practice in the historic assembly which gathered on the Vaisakhi day in AD 1699 as he created the Khalsa : he addressed the gathered  assembly and asked those  willing to lay down their lives for the cause of righteousness to come forward to give away their heads.

It can never be an easy task to make people discard the way of life they had been following since centuries even if it were degenerate and decadent, corrupt and hypocrite. It is ever still more difficult to persuade them to follow a different, new way of life. This implied exhorting human beings to endeavour for their spiritual as well as social progression, for the transformation of this decadent and corrupt society into Sach Khand or the realm of Truth. This involved a long-drawn and arduous struggle wherein persecution, suffering and even death had to be willingly and smilingly faced. During the period preceding the Gurus, India was ruled by the Lodhi dynasty of the Muslims and their reign was marked by injustice and oppression, intolerance and corruption. Welfare of the masses was nowhere on their agenda and they even failed to protect them against any outside invasions. Although Guru Nanak sees Babar, who invaded India when it was ruled by Ibrahim Lodhi, as an unwitting instrument of the divine will to punish the Lodhi rulers for having violated the laws of God yet he feels equally concerned at the death and devastation caused in the wake of Babar's invasion.

The socio-religious life in the medival India when Sikhism originated had reached its lowest ebb. There were then two predominant religions, Hinduism and Islam, and the followers of both these traditions had become false and hypocrite. The Vedas had become unintelligible to the common man and only those forms and rituals prevailed which the Brahmins felt beneficial to their class. Similarly, the clergy in Islam had also become corrupt and materialistic. The Hindu society was hierarchically divided into different varnas and this division had grown more rigid with the passage of time. Consequently, a sizeable section of society was deprived of its social as well as spiritual rights. Both the faithcommunities lived in complete isolation of each other, with almost no meeting point between them. A Hindu was a kafir to the Muslims, and a Muslim was a malechh to the Hindus. No doubt, the protagonists of the Sufi and the Bhakti movements tried to bring about a change in their mindset but they met with only partial success. The Gurus were well aware that nothing less than a revolution can work to raise the humans spirituality and socially, to imbibe a sense of dignity in a gutless society, and to make the etherised people regain their self-respect and dignity. That is why their attempt from the very beginning was to create a new social structure outside the prevalent Hindu and Muslim social structures. 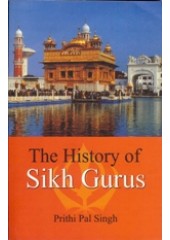 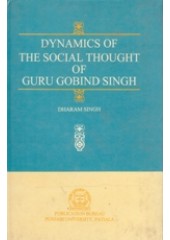 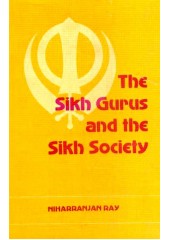 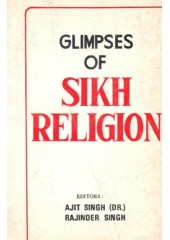