The Sikh marriage is a unique sacrament because it does not require any services to be performed by a priest - it requires only the presence of the Sikh holy book, Guru Granth Sahib, and a reader, either man or woman, to read specified verses from it while the bride and bridegroom walk four times around the holy book. The Sikh marriage ceremony does not have to be performed in a gurdwara or Sikh place of worship. It can legally take place in the home or in an appropriate public place, at any time. Ceremonies of the Sikh Wedding celebrates the uniqueness and simplicity of the Anand Karaj, behind which lies the sublime meaning the Sikh Gurus gave to the different stages of a human being's life, from birth to death, including wedded life.

Sikhism is a young faith compared to Christianity, Islam and Hinduism. Ceremonies of the Sikh Wedding is written in the hope that the general reader will enjoy its insights into Sikhism. As multiculturalism firmly establishes itself in many countries around the world, more and more people are beginning to value and explore cultural diversity in a globalized world. For hundreds of years, India has deeply appreciated cultural richness, making its society the most multicultural in the world. This book is written in the anticipation that India's love of cultural diversity will be further strengthened in the 21st century.

Ceremonies of the Sikh Wedding is the first comprehensive book on the religious ceremonies of the Sikhs marriage, known as the Anad Karaj. Two major developments - the existence of a large number of expatriate Sikh communities in distant lands and the increasing number of marriages between Sikhs and adherents of other religions - have prompted the writing of this book. With pictures by well-known photographer Raghu Rai, Ceremonies of the Sikh Wedding aims at providing useful information not only to those planning a Sikh wedding, but also to those interested in learning more about the social customs and religious practices of India's most colourful community.

According to Sikhism, marriage is a necessary fulfilment because through marriage the highest form of love, the love for Divine, may be experienced. This book outlines in detail the numerous social customs, joyous ceremonies and solemn rites that are performed during a Sikh wedding, which may extend over a week. It includes detailed information about pre-nuptial celebrations and ceremonies, such as the sangeet and mehndi, concluding with the doli and reception, which follow the Anand Karaj. With intra-community marriages on the increase, this book aims to provide the younger generation all the information they need to organise a wedding according to Sikh traditions.

"One of the most beautiful aspects of Sikhism is its wedding ceremony. It is simple and solemn and holds so much meaning that a book such as this one, which explains the ceremony in detail, is to be welcomed by everyone. I appreciate Mina Singh's earnest endeavour to spread the beauty of Sikhism. Don't delay, add Ceremonies of the Sikh Wedding to your collection of books today !"             ------------------MANDIRA BEDI

"Mina Singh's book is a thoughtful account of the religious ceremonies of the Anand Karaj. I did not think my practice of daily worship, such as prakash, Ardas or vaak, required detailed explanation, but I'm glad Mina has finally done it for the benefit of Sikhs and non-Sikhs, and especially the younger generation. For those planning a Sikh wedding, this book is a must."       ------------------------------ DR BHAI MOHAN SINGH

"Mina Singh's book will make NRIs nostalgic for the colour and majesty of the Indian wedding. Sikhs, from New York to New Zealand, who miss the exuberant celebrations that are so much a part of the Punjabi way of life, will find here a guide that a authentic, informative and committed. Mina Singh has rightly placed principles alongside the reality. She has recorded a moment in Sikh cultural history, as it is being played out today in India. Tomorrow new practices may be initiated abroad based on this record."         ----------------SANT SINGH CHATWAL

Rahgu Rai is an internationally acclaimed photographer. His latest book of photographs Mother Teresa is published by La Martiniere, Paris. 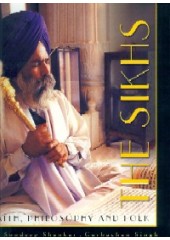