Summary of 'When A Tree Shook Delhi , The 1984 Carnage And Its Aftermath' By Manoj Mitta & HS Phoolka

It stands out even in a country inured to mass violence - 3,000 members of a minority community slaughtered over three days in 1984, right in India's capital. Twenty-three years on, neither the organizers of the massacre nor the state players who facilitated it have been punished, despite prolonged inquiries and trials. This massacre of Sikhs in the wake of Prime Minister Indira Gandhi's assassination has turned out to be a reality check on India's much touted institutions of the rule of law.

The book seeks to uncover the truth on the basis of the evidence that came to light during the proceedings of the latest judicial inquiry conducted by the Nanavati Commission. Authors Manoj Mitta and H.S. Phoolka, perhaps the most knowledgeable voices on the subject, present an unsparing account, abounding with insights and revelations, on the 1984 carnage and its aftermath.

About The Authors of 'When A Tree Shook Delhi , The 1984 Carnage And Its Aftermath'

MANOJ MITTA is a journalist who casts a critical eye on India's record on the rule of law, human rights and judicial accountability. A law graduate from Hyderabad, he is a senior editor with The Times of India, and has worked earlier with the Indian Express and India Today. He has written extensively on the 1984 carnage. He lives in Noida with his wife and two children.

HARVINDER SINGH PHOOLKA has spearheaded the long-drawn-out campaign for justice to the victims of the 1984 carnage. He mobilized their testimonies and represented them before successive inquiries. A senior advocate practising in Delhi, he has been a designated counsel for the Central government, Punjab government and Election Commission of India. He lives in Delhi with his wife and two children. 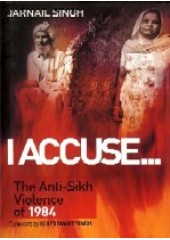 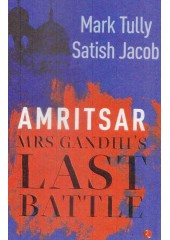 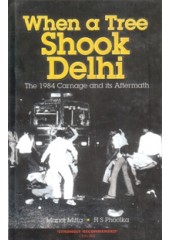 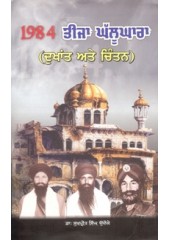 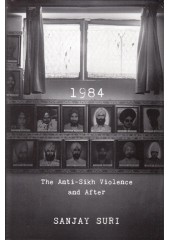 Tags: book by manoj mitta & hs pho, the 1984 carnage and its afterma, when a tree shook delhi aftermath, bestsellers