Preface To 'Handbook Of Sikh Theology' By Shamsher Singh Puri

The fundamentals and the doctrines of the Sikh religion and its world view have been clearly and thorougly embodied in the Granth Sahib. Further, the ten Sikh. Gurus in their lives, apart from demonstrating the principles of the religion, led the path of life .. Among the scriptures of the world, Guru Granth has two ar distinctions. It is the only scripture that has words of the compiled and authenticated by the prophet himself. Again it only scripture that has been sanctioned by the prophet (Guru Gobind Singh) as the sole Guru or guide to the followers of the religion:

And yet there are many misconceptions about Sikhism and institutions.

Much research remains to be done on Sikhism. The scholars have produced reasonably good literature on the lives and crrcumstances of the Gurus, but indepth study of the doctrines based on the scriptures of this great religion is yet a goal which beckons scholars, to delve deep into the Bani in order to bring out the uable pearls in the shape of visionary experiences of the rus inherent therein. Sikhism visualises the possibility, in every of transforming himself from man to superman and thus gives opportunity to one and all to take care of himself along with other ow-beings without any distinction whatsoever, in love and ony, getting away from petty self interests and ego-centricity. Sikhism is unique, extremely radical in ideas and ideals and .... zinal in its approach to life. The Sikh Gurus have repudiated y of the concepts and ideas that form the basis of earlier ian religions. As the Indian tradition comprises of a large and erogeneous variety of systems, there is generally a chauvinistic ency to regard Sikhism as a part and parcel of it.

Sikhism does not believe in the path ofBhakti, Karma, etc. okhsha, as mentioned in Bhagvad Gita. Nor does it believe here can be different paths for ideal life, nor that the mode of ious worship or belief can be attuned to the temperament or yche of the seeker. The Sikh Gurus have laid only one path.

It is the life of creative love with the 'Will of God. Persons viewing Sikhism as a growth of Indian religious tradition have not only failed to understand it but also misinterpreted it. The Sikh Gurus had a prophetic message to deliver and a mission to fulfil.

India has ever remained a charming country for the people of the East and West. Not- only invaders got attracted to it but many scholars like Megasthans, Huen Tsang, visited the land and equipped themselves with new vision which came of the union of materialism and spiritualism. Europeans also took genuine interest in the history and literature of India. Sikhism though comparatively new and unique outcome of Indian circumstances in the medieval period attracted many European scholars like Cunningham, Trump, Macauliffe, who made significant contributions in furthering the study of Sikh history and Sikh scriptures. Among the galaxy of Western scholars where there are genuinely interested people, the twisters and exploiters of the Sikh doctrine are also no less in number. They are trying their best to confuse the minds of the laity by creating unwanted doubts and schisms. After Macauliffe brought out his monumental exposition of Sikhism, it is only in recent years that further research on the subject has been taken up. Macauliffe could not emphasise one aspect of Sikhism, i.e., .spiritual side for breaking the shakles of man in all fields of human endeavour and for developing in him a truly religious personality. Guru Nanak by his sayings had removed artificial crust of deception over the simple Truth. Much has been cleansed and brushed to give atrue glimpse of the life-giving Light

The object of these essays is to explain the identity, unity and integrity of the Sikh Gospel and to bring out the place of Sikhism among other religions. There is little doubt that this needs be done by a person abler and more learned than me. My only excuse for making this attempt is that it might provoke other scholars to produce something with destinction and thoroughness.

The purpose of this book is to gather into a small volume salient truths concerning the way of life to be lived here and for salvation hereafter and to present them in the language of the layman. This book is an exposition of that central Truth and of the fundamental ideas embodied in Guru Granth Sahib, the universal scripture of Man.

It is hoped that this humble attempt will enable the readers to look at their ideas afresh and re-examine the basis of their beliefs, so that the mist of ignorance and prejudice may be dispelled and the light of truth may appear. 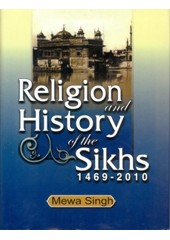 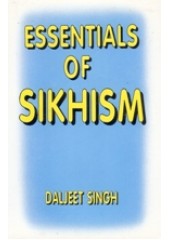 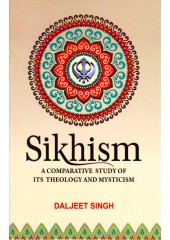 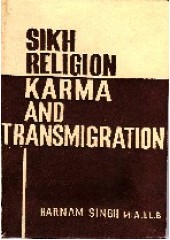