Table of Contents of the Book 'Anandpur Sahib - A Miracle of The Human Spirit' By Vijay N. Shankar and Harminder Kaur

Introduction to the Book 'Anandpur Sahib: A Miracle of the Human Spirit'

Anandpur Sahib: A Miracle of the Human Spirit is a humble offering to the glory of a great saint-warrior, Guru Gobind Singh. Tenth in line of the Sikh Gurus, Guru Gobind Singh gave pride and identity to an oppressed and troubled people, transforming them from victims to fighters. Indeed this in itself is the "Miracle" the book invokes. It was, and will continue to be an inspiration to people everywhere who want to live with freedom and with pride as human beings.

Anandpur Sahib has a richness of many Gurdwaras and forts connected with the life of Guru Gobind Singh. The book visits them all and also the Hola Mahalla festival held in March each year when hundreds of thousands of people visit Anandpur Sahib. Even today during the Hola Mahalla festivities the Sikh warriors ride out in blood-curdling charges. At their head always is a warrior leading a rider-less horse. The symbolism is clear. It is believed that the Guru himself leads his warriors into battle.

Anandpur Sahib has a very special place in the hearts and minds of Sikhs all over the world. This small township in North India became the seat of Guru Gobind Singh. It also was the place chosen in 1699 by him to perform the ceremony of the Creation of the Khalsa which gave the Sikhs a great purpose and a unique identity. Led by the Guru himself, the Sikhs fought valiantly against the Mughals and other oppressors. The Guru's four sons and countless Sikh warriors were martyred in these battles in and around Anandpur Sahib. They died so that the Sikhs would live forever. The story of Anandpur Sahib is told and is heard by the reader or the listener, as an act of worship. It is a story of relentlessly changing destinies held at bay by the Guru's great will and his warriors of the body and the spirit. As you visit the festival of Hola Mahalla and the many Gurdwaras that commemorate milestone events from the life of Guru Gobind Singh in Anandpur Sahib even todays, the feeling is that the Guru is always present. This is what the book celebrates.

This is the third photo-book in a sequence of works on Sikh shrines and spirituality. Anandpur Sahib: A MIracle Of The Human Spirit  evokes, as did the earlier books on The Golden Temple and the Guru Granth Sahib, the electic and humanistic philosophy of the Sikh Gurus, who perhaps more than in any other religious tradition, laid great stress on living a life righteousness and practical positivity. These are ideas that have inspired the authors in their work.

Vijay N. Shankar is a journalist, Editor and writer with over 40 years od experience. He has written books of poetry and fiction. His earlier books include a novel Storm in Kashmir, a collection of short stories The Music Man and Other Stories and a photo-book The Golden Temple: A Gift to Humanity.

Harminder Kaur is an experienced print and electronic media jounalist with more than thiry years of work behind her. She has specialised in Sikh studies and political analysis. Her book Blue Star Over Amritsar was released nearly twenty years ago and went into a new and second edition in 2007. It is an acclaimed work of scholarship on Sikh politics and is followed by her new book 1984: Lessons From History. She also co-authored the photo-book Sri Guru Granth Sahib: A Universal Scripture For Mankind with Shankar before the release of the present book on Anandpur Sahib.

Sharad Saxena is a seasoned photo-journalist who has worked with mainstream newspapers and magazines like The Times of India and India Today  among others for over thirty years. His photo-features have won him much acclaim.

Anandpur Sahib Township With A Touch Of Divinity

Here in Anandpur Sahib, a bastion of struggle and a witness to the glory of the tenth Nanak, Guru Gobind Singh, history sleeps but lightly. It awakens to enrich people who make the jouney to this shrine that dazzles the eye in pristine white. Undulating hills roll along the horizon as the shrine rises above the township of Anandpur Sahib founded by Guru Tegh Bahadur and developed by Guru Gobind Singh, as the city of spiritual bliss.

Then, as well as now, there are those who can reach out and find their bliss. The real Ananda of human consciousness that was the true goal of living. Liife was to be lived with goodness, with righteousness and the forts and embattlements of Anandpur Sahib are tesimony to the resolve that if battles must be fought for righteous causes then so be it. The beloved Guru wearing magnificent plumes, a battle hawk perched on his shoulder and astride a steel grey steed, he himself wielded his double-edged sword as he led the fight for the twin goals of spiritual and political freedom for a people who were enslaved and persecuted by Mughal rulers.

Guru Gobind Singh rode ahead of his true warriors, each one of them ready to fight and to die fighting and the dust of their horses hooves covered Anandpur Sahib with the benediction of Divinity. Upon the grasses, upon the stones and hills, upon the trees, upon the streams and the wells, upon all fell the dust of the Guru and his warriors.

It is there even today and the lucky and the destined few, can still touch the dust and anoint themselves with it. There is silence sometimes in Anandpur Sahib, but sometimes the galloping horses, the war cries and the drums of the warriors all rise in a crescendo and people meditating in the shrines of Anandpur Sahib, each one symbolising a special bond with the Beloved Guru, can sometimes hear the voices for it all happened  here but over 300 years ago, a mere turn, a twist in time as it journeys with us through eternity.

Pilgrims walk through Anandpur Sahib today with verses of the gurus on their lips and their feet, as have millions of feet before them, touch the sacred dust of the great shrine of Kesgarh Sahib, Guru Ke Mahal, Bhaura Sahib, Sisganj Sahib, Akal Bunga, Guru ka Lahore, Tirbeni Sahib, Sehra Sahib, Paur Sahib Gurudwara Mata Jitoji and the forts of Anandgarh, Lohgarh, Holgarh, Taragarh and Fatehgarh.

Every where you go, everywhere in these plains which are the heart of Anandpur Sahib, there is a festival of remembrance. There are the stories of the Guru and the ballads of his battles and of the valour and fearlessness of the warriors who fell fighting for the Guru, fighting for the freedom of generations to come, for all of us today who journey to Anandpur Sahib in search of true bliss.

In some places old structures and embattlements have seen the ravages of time, the high winds and storms, the heavy bouts of rain and the dust-swirls of summer, all these have crumbled the once-strong structures which are in ruins. There are many old wells or baolis,  which were once the life-resource of the embattled warriors of the Guru, are now dry and some are still live. The city of bliss was razed to the ground in the ravages of war and was reconstructed later. The pilgrim must only imagine their stories in his mind's eye for there are weeds and wild vines in their ruins and plants have grown between bricks and stones into small trees that have shattered the walls even more.

It is all as it was more than three centuries ago when the battles raged here and everything was lost in the mystery of the past. The wonderful mystery continues to this day. The warriors, the horses, and the battles are all to be seen here even after so many centuries and leading them all, atleast in the hearts and mind of the people, is still the undaunted spirit of Guru Gobind Singh himself. There is devotion in the eyes of the people who watch the events and think of the things that happened to their ancestors.

Indeed there are stories to be told and heard with devotion that lifts the mind and soul of all visitors to Anandpur Sahib. Stories of the cruelty and persecution of the enemies, of the bravery and martyrdom of the early followers of the Guru who became Panj Piyare as we know them today for the first time, nearly 300 years ago.

It was here at Anandpur Sahib that Guru Gobind Singh created the Khalsa, a new community of people who would believe in what all the great Gurus had taught and who would hold their heads high against the oppressor and would fight injustice.

A tradition of spiritual, religious beliefs that started with Guru Nanak Dev himself flourished through the lifetimes of all the Gurus as a simple faith unsullied by the baggage of rites, rituals and Brahmanical controls, the Gurus taught the truths of a good, practical life even as the growing groups of believers sang the devotional hymns of the Gurus and India's holy men and wandering saints. The Fifth Nanak, Guru Arjan Dev, collected these hymns of simple faith in the Adi Granth. Persecution of these followers of the Gurus led the Sixth Nanak , Guru Hargobind Sahib to wear two swords symbolising Miri and Piri i.e. military power and spirituality and so it was that not only was spirituality used to temper the fire of turbulent times but military strength was also sought by the followers of the Sikh Gurus who undoubtedly saw that weak minds and bodies could not for long nurture spiritual strength.

There is a special pride every Sikh as well as non-Sikh visitor to Anandpur Sahib feels. Though it is small town of about 15,000 people, the numbers swell to hundreds of thousands on special occasions, for every Sikh visits this holy town at least once in a lifetime. Every such visit is a spiritual connection to the history and the pride of the Sikhs.

The many sacred places connected to the Gurus and the shrines are all dazzling white that shine like beacons to the soul.

It is difficult to fully understand how Guru Gobind Singh held in himself so many great and wonderful gifts. For not only did he fight furious battles with his famous double-edged sword against oppression and injustice, but he was an accomplished poet and creative literary genius in many languages. He was a spiritual Guru of large and ever growing community and he was a sensitive, emotional man who also sang the immortal hymn: Mittar pyare nu haal muridan da kehanaa...(see p. 53)

Each word in this tragic hymn of the Guru addressed to God, his Beloved Friend, in his time of pain and difficulty wrenches the heart and is like a twist of pain in the soul. 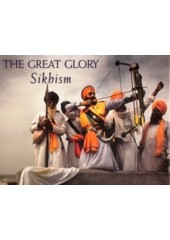 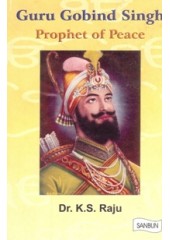 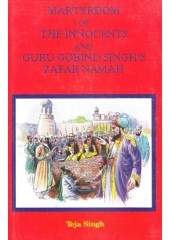 Preface To 'Martyrdom Of The Innocents And Guru Gobind Singh's Zafar Namah' By Teja Singh On my v.. 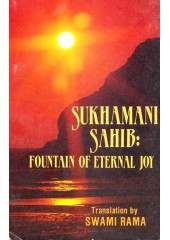